Australian pacer Mitchell Starc believes that the upcoming T20 series against the West Indies will be a great opportunity for the Australian team to prepare for T20 World Cup. 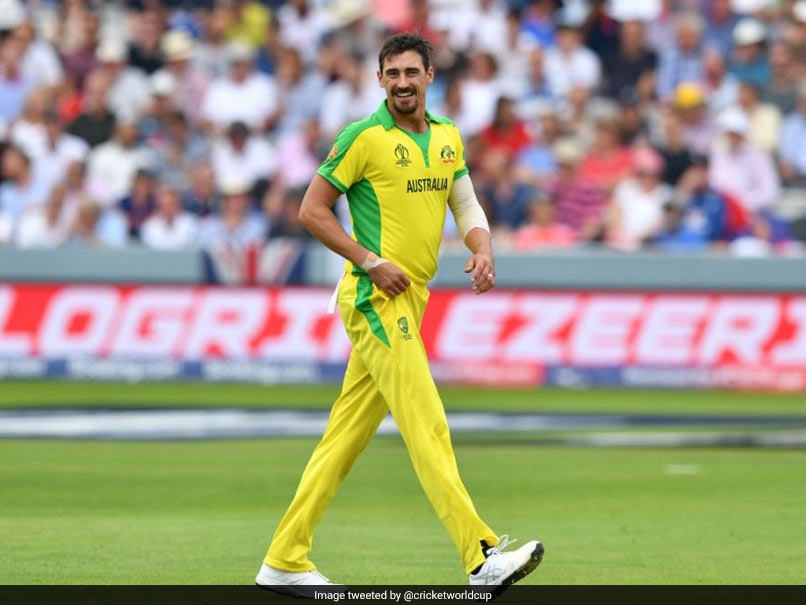 Mitchell Starc and the Australian team are currently in St Lucia for the T20 series against West Indies.© Twitter

Australia pacer Mitchell Starchas said the West Indies series is a "great opportunity" for the side to prepare for the upcoming T20 World Cup slated to be played in October this year. Australia will face West Indies in five T20Is and three ODIs, beginning Friday, July 9. Starc, who could make his first appearance at the T20 World Cup in nine years, feels the upcoming games will help him get into the rhythm of T20 cricket. "It's a great opportunity for the group to start preparing with a bit more focus on that World Cup," ESPNcricinfo quoted Starc as saying.

"Don't think I've played 10 T20s in the last four years let alone in the space of a few weeks so personally, it would be nice to get a bit of a rhythm of T20 cricket," he added.

The Australian pacer is working on fine-tuning his white-ball skills and has changed his preparation for the West Indies series keeping T20 cricket in mind.

"The back end of the summer I was heavily focused on the red-ball so put the white-ball to the side. To prepare for this tour it's all been white-ball focused with what's coming up in the next few months," ESPNcricinfo quoted Starc as saying.

"Preparing for shorter spells, more of a focus on staying unpredictable or [using] variations. I don't change a whole lot in my preparation across the formats but certainly, they'll be a lot more planning and focus on tactically what we'll take on this series," he added.

Last month, Australia limited-overs skipper Aaron Finch said performances in the West Indies and Bangladesh series will play a key role for some players who are eyeing to take a spot in the side for the T20 World Cup.

The upcoming Men's T20 World Cup 2021 will be staged in the UAE and Oman due to the ongoing COVID-19 situation in India.

The BCCI will remain the hosts of the event, which will now be held in Dubai International Stadium, the Sheikh Zayed Stadium in Abu Dhabi, the Sharjah Stadium, and the Oman Cricket Academy Ground, from October 17 to November 14, 2021.