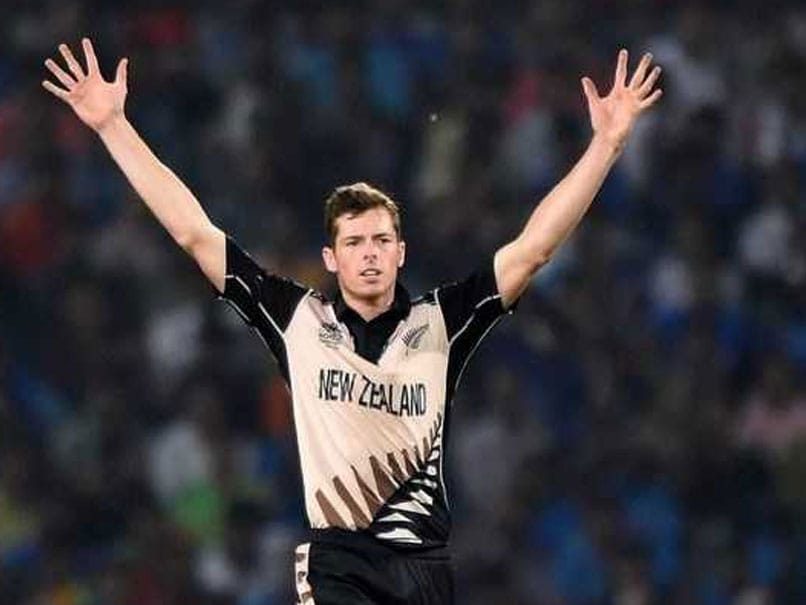 Mitchell Santner is currently recovering from a knee injury.© AFP

After wrapping up full-fledged series against Australia, India will be up against New Zealand for a limited-overs series from January 23, 2019. The men in blue are scheduled to play five One-day Internationals and three Twenty20 Internationals against the Kiwis in their own backyard. Ahead of the start of the series, New Zealand's left-arm spinner Mitchell Santner has predicted the limited over series to be a high-scoring affair. Santner, who is expecting to make a comeback in the national team after recovering from a knee injury, said that the nature of grounds in New Zealand will make the matches high-scoring contests.

"India have performed in England and against (Australia) in conditions similar to New Zealand. It's (depends on) how quickly they (India) can adapt to those conditions.

"If they can hit the ground running on those home conditions for us, it's going to make for a very interesting series. It can be a high-scoring series with the nature of grounds and wickets (on offer)," said Santner.

"Virat (Kohli) and other Indian batsmen are scoring a lot of runs at the moment and they haven't been to New Zealand for four years. But they have played all round the country and scored runs everywhere.

"So they will probably like our conditions, where it's quite flat, with not a lot of turn. And obviously if there's not a lot of swing, it (series) can be high-scoring. So the batsmen will like it and hopefully the ball swings for us," added the 26-year-old spinner.

Santner also feels the two teams could take momentum from the series before heading into the 2019 World Cup, which starts in England at the end of May.

On a personal note, Santner, who is recovering from a knee injury, hopes to return to action during the India series. "Been out for a while, it's been nine months. So have been back training and cricket is not too far away. Hopefully will join the home summer and get back for this Indian series and try and get some wickets," he noted.

"The wrist spinners - they might leak a lot more runs but have the option (chance) of getting more wickets (too),"he said.

All-rounder Corey Anderson, on his part, said he would like to be in New Zealand's 2019 World Cup team.

"If I stay fit, I would love to be involved in that team (of the World Cup). I have the experience of being (in the team) for the last World Cup.

"If I am playing my best cricket, I can do a very good job for New Zealand and help balance out the side," Anderson reckoned.

Yuzvendra Chahal Kuldeep Yadav Cricket
Get the latest updates on India vs South Africa and check out  Schedule, Results and Live Score. Like us on Facebook or follow us on Twitter for more sports updates. You can also download the NDTV Cricket app for Android or iOS.