Mitchell Johnson Deserved to be Rated in the Very Top: Mark Taylor

Mark Taylor believes Mitchell Johnson's partnership with Ryan Harris is statistically one of the best of all-time for Australia. 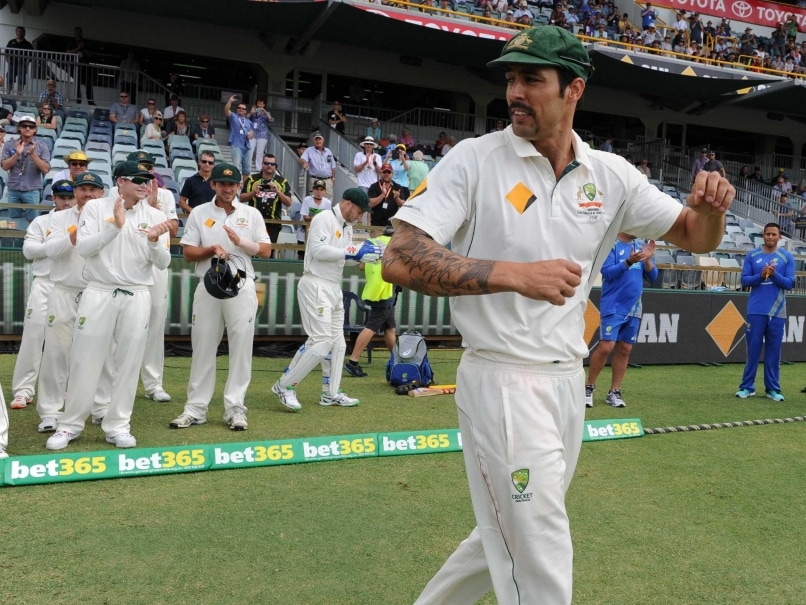 Australia's Mitchell Johnson (centre) leads his teammates out onto the ground to bowl on the final day of the second Test match against New Zealand in Perth.© AFP

Left-arm pacer Mitchell Johnson retired from international cricket on the final day of the second Test against New Zealand at the WACA Ground, ending his 73 match career.

His decision follows the retirement of reliable Ryan Harris in July, due to a knee problem. (Mitchell Johnson Singles Out World Cup, Ashes Series Wins as Special Moments)

Between them the pair managed 424 Test wickets, with Johnson claiming 311 to be fourth on the list of Australian wicket-takers and Harris, a late-comer to test cricket, picking up 113.

Taylor said Johnson deserved to be rated in the very top echelon of Australian fast bowlers and said his retirement would compound the loss of Harris, who was clearly missed during the Ashes loss in England.

"He's right up there for the real genuine fast bowlers, doing what he does and bowling the way he bowls," he said of Johnson.

"His partnership with Ryan Harris is statistically one of the best of all-time, and they were a great combination.

"When you think about it, Australian cricket has lost a great partnership." (Mitchell Johnson Has Always Been a Special Bowler: Sachin Tendulkar)

Taylor said he felt like Johnson's form had been deteriorating since the latter stages of this year's Ashes pitches.

"Doing what he does is tough on the body," he said.

"I felt he was losing that real desire to play.Â (Mitchell Johnson Admits Thinking About Retirement)

"Once you heard his comments before this match you felt he was half-way out the door."

He said his favourite Johnson memory was a spell in Adelaide in 2003 where he took five wickets in quick succession and removed England's captain Alastair Cook.

Comments
Topics mentioned in this article
Mitchell Johnson Mark Anthony Taylor Ryan Harris Australia Cricket Team New Zealand Cricket Team Cricket
Get the latest updates on IPL Auction 2023 and check out  IPL 2023 and Live Cricket Score. Like us on Facebook or follow us on Twitter for more sports updates. You can also download the NDTV Cricket app for Android or iOS.