India are currently leading the World Test Championship which has been thrown out of gear due to the COVID-19 pandemic. 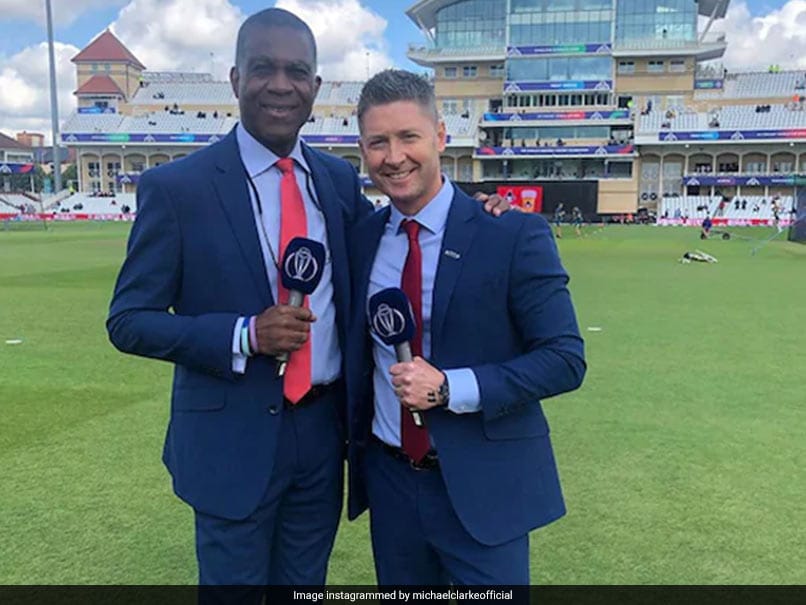 The top two teams will qualify for the World Test Championship final.© AFP

West Indies fast bowling great Michael Holding has termed the World Test Championship's points system as "ridiculous", where some of the Tests will be rendered inconsequential once teams realise that they can't finish in top two in the points table. As per the current points system, the value for each Test match win in a two-match series is 60 points a game. However, if it's a five-match series, the value of a Test match win is reduced to 24. So basically, a team can gain up to 120 points from a series, regardless of the number of matches.

The top two then qualify for the final. The Test Championship, which is scheduled to finish with a final at Lord's in June 2021, was introduced by the ICC last year in a bid to revive bilateral Test cricket.

"It doesn't work," Holding told Wisden Cricket Monthly during a round table when asked if the Test championship was achieving what it was designed for.

"First of all the points system is ridiculous. You can't play five Test matches and get the same amount of points if you play two Test matches.

"And secondly, at some point you're going to have teams who know they cannot get to the final and so those Test matches aren't going to be all that entertaining. People know it's just another game."

England fast bowler Chris Woakes, who was also part of the roundtable, said the points system might need to be tweaked in future.

"The New Zealand series (England lost 1-0 away to the Black Caps last winter) wasn't part of the World Test Championship but that defeat didn't affect us any less as players," Woakes said.

"I think the system might need a bit of tinkering with in the future. Anyone can turn someone over in a one-off final, depending on the toss or conditions. If there was more time in the calendar they could do a three-match final but unfortunately there just isn't," he said.

India are currently leading the World Test Championship which has been thrown out of gear due to the COVID-19 pandemic, which saw the postponement of a number of series.

In February this year, New Zealand captain Kane Williamson had said there are elements of the points system used for the World Test Championship which are "unfair".

Comments
Topics mentioned in this article
Michael Anthony Holding Cricket
Get the latest updates on SA vs IND 2021-22, check out the Schedule and Live Score . Like us on Facebook or follow us on Twitter for more sports updates. You can also download the NDTV Cricket app for Android or iOS.