Controversy broke out when D'Arcy Short was given out by the third umpire during the 2nd T20I between Pakistan and Australia. 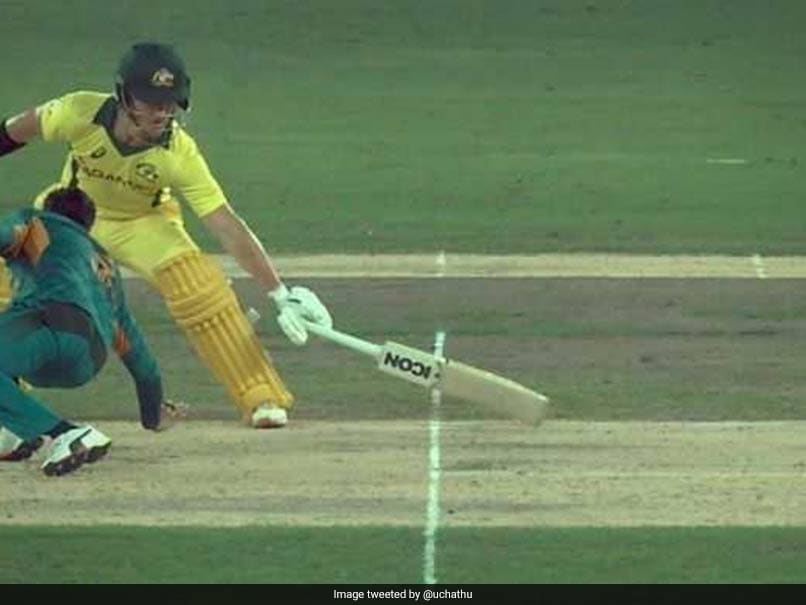 Australian players were left fuming after D'Arcy Short was given run out.© Twitter

Australian players were left fuming after controversy broke out during the second T20I against Pakistan at the Dubai International Cricket Stadium on Friday. Chasing 148 for victory, Australia lost D'Arcy Short early following a contentious decision in the third over. Short was at the non-striker's end when Pakistan spinner Imad Wasim got a finger to a return shot from Aaron Finch that ricocheted into the stumps. Replays didn't give a conclusive answer but third umpire gave the left-hander out -- much to the disbelief of both Short and Finch.

A livid Finch was seen remonstrating to the on-field umpires but to no avail as the decision stood.

After the match, Glenn Maxwell was adamant that Short should not have been given out and that his teammates shared the view.

"We certainly had a view as a team that we thought his bat was clearly grounded behind the line," Maxwell said at the post-match press conference.

"Maybe the third umpire pressed the wrong button. We've all made mistakes.

"As we probably saw it in the change rooms, there wasn't really any doubt.

"I think if you even look at the way he's holding his bat, it's very hard to hold it above the line with the bat sitting out of his gloves."

On the other hand, Pakistan skipper Sarfraz Ahmed seemed bemused by the hue and cry surrounding the run-out.

"I don't know why (there was) so much reaction because clearly it is out," he said.

"The bat is not on the ground."

Australia lost the match by 11 runs as Pakistan took an unassailable 2-0 lead to clinch the three-match T20I series.

Sarfraz Ahmed Pakistan vs Australia, 2nd T20I Cricket
Get the latest updates on ICC T20 Worldcup 2022, check out the Schedule and Live Score. Like us on Facebook or follow us on Twitter for more sports updates. You can also download the NDTV Cricket app for Android or iOS.