Matthew Hayden Bargains For Rs. 200 Wristwatch Like A Boss - Watch

Former Australia and Chennai Super Kings opener Matthew Hayden is a part of the commentary team for IPL 2019. 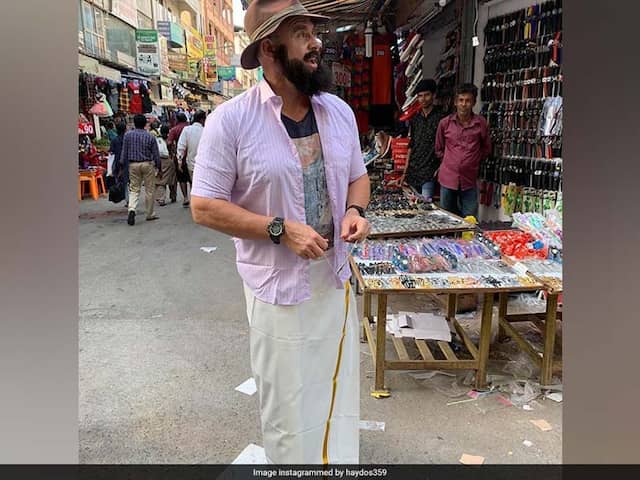 Matthew Hayden was a part of Chennai Super Kings for the first three seasons of IPL.© Instagram @haydos359

Matthew Hayden, the former Australia cricketer, built a huge fan base for himself in India during his successful outings with the Chennai Super Kings (2008-10). Now, Matthew Hayden is in the country on commentary duties in the ongoing 12th edition of the Indian Premier League (IPL). In a recent post on his Instagram page, Hayden, wearing a lungi and hiding his identity with the help of a fake beard, moustache and a fisherman's hat, can be seen hitting the busy lanes in Chennai's T Nagar to do some shopping. Hayden also mastered the art of bargaining as he bought a watch worth Rs. 200 for Rs. 180. "Bit of undercover shopping at T Nagar Street Mall in Chennai," the 47-year-old wrote on his Instagram page.

Later Hayden, who was in Chennai for the match between Chennai Super Kings and Rajasthan Royals, revealed that Shane Warne had challenged him to buy items for under Rs. 1000.

"It was a challenge by Warne to buy items for under Rs 1000. That's why I went around the market to buy some lungis, shirts, Rajini sunnies and a watch," Hayden told the Times of India.

A local boy assisted Hayden in his secret shopping adventure and winning the challenge put forward by the legendary leg-spinner.

"I paid the boy Rs 100. And I can proudly tell you that I won the challenge (with Warne)," Hayden added.

Hayden was a part of Chennai Super Kings for the first three seasons of IPL and scored 1,117 runs in just 34 innings at an average of 34.90.

Hayden was the Orange Cap winner in the second edition of the tournament where he scored a total of 572 runs in South Africa.

Chennai Super Kings Matthew Hayden IPL 2019 Cricket
Get the latest Cricket news, check out the India cricket schedule, Cricket live score . Like us on Facebook or follow us on Twitter for more sports updates. You can also download the NDTV Cricket app for Android or iOS.