Born in the hill station of Nainital, the 24-year-old Manish Pandey has been an interesting chapter in the brief history of the Indian Premier League. Much like his team's rollercoaster ride in the IPL 2014, Pandey has seen a few unbelievable highs and daunting lows in his brief IPL career so far. (Read: KKR skipper Gambhir happy to prove naysayers wrong) 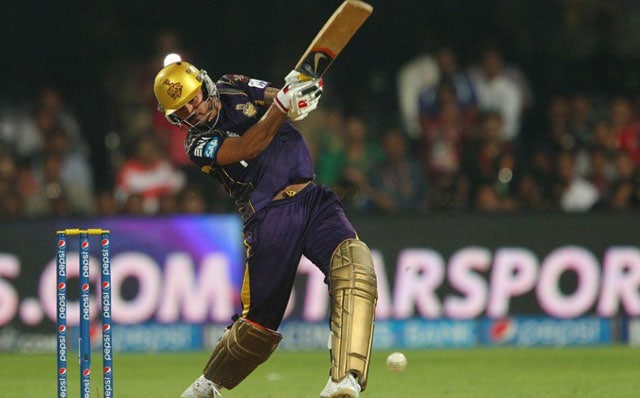 From being an unknown and an unused entity in the Mumbai Indians camp in 2008, Pandey went on to become the first Indian to score a ton in the tournament, off just 67 deliveries against the Deccan Chargers in the second edition of the tournament in 2009 in South Africa. A heartbreak followed within a fortnight, as his side crumbled under pressure and finished as runners-up against the same opposition in the title clash. On a day when a lot of Bangalore hopes rested on his young shoulders, he returned to the dugout with just four runs to his name. (Read: Yusuf only cricketer to be involved in three IPL title wins)

Sorrow was soon replaced by controversy. Pandey, who had grabbed eyeballs in the 2009 season, decided to reject Royal Challengers Bangalore's new contract offer on the table after the third season in 2010 in favour of a far more 'lucrative' one from newcomers Pune Warriors India. This ruccus was an alleged breach of contract regarding the fee limit for uncapped Indian players. However, he rose above the challenging times and was recruited by the Pune Warriors in 2011, whom he represented for three seasons till 2013. In the player auctions in 2014, the Kolkata team management viewed Pandey as a handy top-order option and bagged him for Rs. 1.7 crore. How that investment worked wonders for the Shah Rukh Khan-owned side is for everyone to see. (Read: Manish Pandey, Kolkata's Knight Rider)

Pandey played the role of a floater and second fiddle to Kolkata's in-form Robin Uthappa throughout the series before exorcising the ghosts of a previous experience in an IPL final by playing a stunning knock of 94 off 50 deliveries, including seven fours and six sixes, as Kolkata chased down 200 vs Kings XI Punjab to claim their second title in three years. (Highlights)

Pandey's rise to prominence and the prospects of a bright future in the Indian domestic circuit after riding the tumultuous wave is perfectly symbolic of his side's stellar resurgence as a team this term.