Lucky To Have Been Retained As England Captain After 2015 World Cup Debacle: Eoin Morgan

Eoin Morgan praised the appointment of Andrew Strauss as England's Director of Cricket after their group stage exit from the 2015 World Cup. 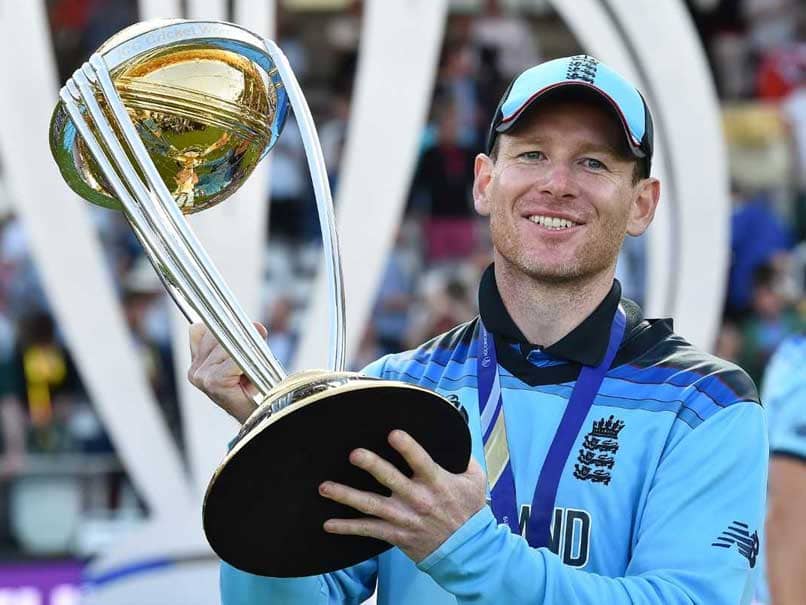 England limited-overs skipper Eoin Morgan has said that he felt really lucky to not be removed as the skipper of the side after the 2015 World Cup debacle. In the 2015 World Cup, England was knocked out of the tournament in the group stages, and the side failed to make it to the knockout stage. Morgan was speaking at an ICC podcast titled "CWC Rewind" with Ian Bishop and Nasser Hussain and it was then that the England skipper opened up about the 2015 World Cup.

"The most significant appointment following the 2015 World Cup was the appointment of Andrew Strauss as the Director of Cricket. He actually had seen first hand what had happened during the World Cup, he recognised the need for significant change within the group," Morgan said during the interaction.

"For a guy to come in such a prominent role and to make changes in such a fast manner was very significant. I was kept on as skipper of the side and I do feel lucky to be retained as the skipper of the side, Trevor Bayliss was appointed as the coach and we started playing an aggressive brand of cricket and that was very exciting for all of us," he added.

During the interaction, Morgan also said the relationship with coach Trevor Bayliss was exceptional and it enabled the side to perform well.

"Once we worked out what the goal was, it was about putting the strategy in place, Bayliss was ready to take the backseat," he added.

After the 2015 World Cup, England changed their approach in the white-ball format and went on to become a very aggressive side in the format.

The management of the side chose white-ball specialists and this all proved fruitful as the side won the 2019 World Cup.

During the interaction with Morgan and Bishop, Nasser Hussain credited Morgan and coach Trevor Bayliss for keeping the mindset of the side clear and for not letting anyone doubt their approach.

The Eoin Morgan-led side defeated New Zealand in the finals of the 2019 World Cup on the basis of the boundary-countback rule.