'Losing Katich would be bad for Australian cricket' 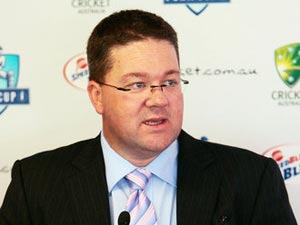 Katich is still to take a decision whether to continue playing or retire after being told by the CA that the list was made on the basis of the "form of the players over the past 12 months and their likelihood of Australian selection over the next 12 months".

"I'm sure he'll take a few days to decide which way he goes. Certainly from my perspective I'd love to see him stay involved in Australian cricket," Marsh said.

"He's one of the finest quality players, both as a player and a human being, that we have in our system, so to lose him from our system would be a bad outcome for Australian cricket," he added.

Responding to a call from Katich's manager, Robert Joske, on whether there was any avenue of appeal, Marsh admitted that selection decisions was something the Australian Cricketers Association could not challenge.

"We have got a dispute resolution mechanism within our MOU but it specifically excludes selection. It's one of those areas where we all put our faith in the selection panel to make these decisions and the ACA has never and would never initiate a dispute around a selection issue. I think that sits outside of our remit."

"I think if we took issue with the role being performed by the national selection panel, we would look at the panel themselves and we'd discuss that with CA. But in terms of actual selections made by the panel its not something we've ever challenged," he explained.

Marsh, though said he felt sorry for the 35-year-old as it seemed that the cricketer has lost out on the contract because of the age factor.

"I feel very sorry for Simon, I think he's probably a victim of circumstances, rather than anything he's done wrong, he's been our best performed batsman over the last few years, there's no question about that, and it appears as though he's not received a contract primarily because of his age and the fact there are a couple of other players in similar age groups," said Marsh.

However, former Australia captain Ricky Ponting begged to differ on the matter, stating that he could understand the selectors' reasons for ignoring Katich.

"He'd be devastated. Reading the paper today he didn't even want to talk to anyone yesterday being as disappointed as he was. So you can understand that," Ponting said.

"He's been our most consistent batsman since he's been back in the Test team over the last four or five years, so that would've come as a huge shock to him yesterday. But it sounds like what the selectors have had to say about it is they want to give Hughes and Watson a couple of years' run at it leading into the next Ashes, so you can understand that thinking as well," he added.

Comments
Topics mentioned in this article
Cricket Gregory Stephen Chappell Simon Katich Australia Cricket Team
Get the latest updates on T20 World Cup, check out the T20 World Cup Schedule and Live Score . Like us on Facebook or follow us on Twitter for more sports updates. You can also download the NDTV Cricket app for Android or iOS.