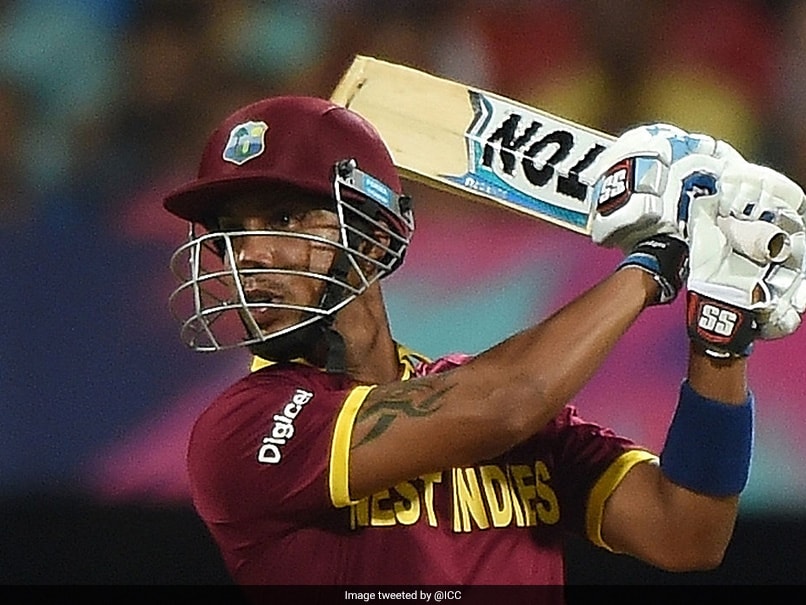 Opening batsman Lendl Simmons blasted 10 sixes in an undefeated 91 as the West Indies routed Ireland by nine wickets in the third and final Twenty20 International at Warner Park on Sunday. Simmons, the nephew of West Indies coach Phil Simmons, also hit five boundaries in his 40-ball blitz. It was his highest score in the format and came just five days before his 35th birthday. Chasing a modest 139 to win, Simmons won the match in style with a six over midwicket off spinner Simi Singh whose three overs cost 41 runs.

Fellow opener Evin Lewis made 46 with four boundaries and three sixes as West Indies raced to victory with 54 balls remaining.

"It was a proper batting surface with the ball coming onto the bat nicely," said Simmons whose ambition is to help West Indies defend their World T20 title in Australia later this year.

"I missed out on the last World Cup because of injury but I am looking forward to the one this year."

The three-match series ended 1-1 after Ireland edged a first-game thriller by four runs in Grenada before Saturday's match at Warner Park was abandoned due to rain.

Captain Pollard, who produced the best bowling spell by a West Indian in T20 internationals (4-25) in Saturday's abandoned game, claimed 3-17.

Bravo finished with 3-19 to become the West Indies' leading all-time wicket-taker in the format with 57 victims in his 69th game.

That beat the previous best of 54 by leg-spinner Samuel Badree.

"We need to get early wickets, we cannot have teams get to 40, 50 in no time. I think we need to improve in that area," admitted man of the series Pollard.

On Simmons, he added: "We love to see him in that mindset, he's a little guy but he packs a punch."

Put into bat, Ireland raced to 50-0 off just 3.3 overs with openers Kevin O'Brien (top scoring with 36) and Paul Stirling again getting their team off to a storming start.

However, Pollard dismissed O'Brien after the Irishman hit his runs off only 18 balls with Bravo then accounting for Stirling (11).

Stirling had made a career-best 95 in Grenada after sharing an opening stand of 154 with O'Brien.

Ireland were still well-placed at 74-2 but lost their last eight wickets for just 64 runs despite the efforts of skipper Andy Balbirnie who made 28 from 23 balls.

"We were outclassed today but if you lose wickets in clusters, that doesn't help," said Balbirnie.

"We will take positive from this series. The guys will learn from it ahead of the World Cup."

Evin Lewis West Indies vs Ireland, 3rd T20I Cricket
Get the latest updates on IND vs NZ 2021, check out the Schedule and Live Score . Like us on Facebook or follow us on Twitter for more sports updates. You can also download the NDTV Cricket app for Android or iOS.