Kyle Jamieson was voted by the New Zealand players and support staff as their 'cricketer of the year'. 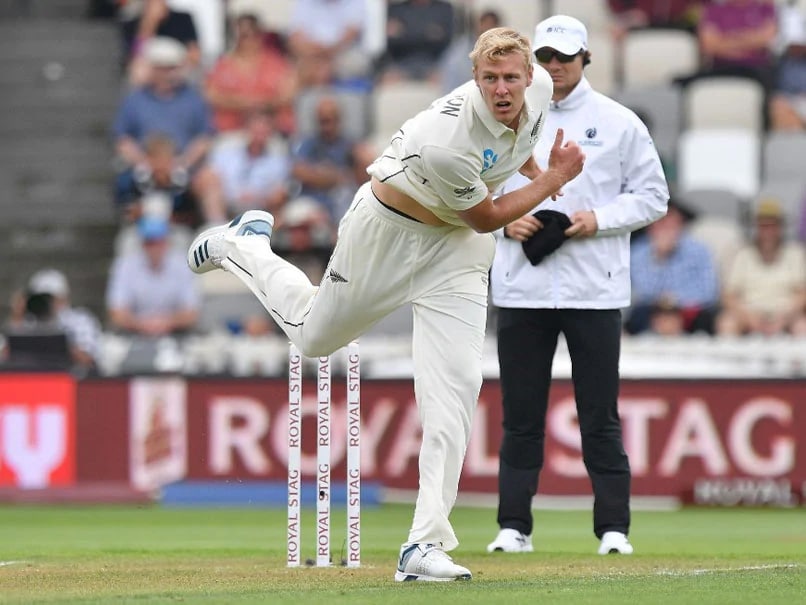 New Zealand's Kyle Jamieson is part of the squad to face India in the WTC Final.© AFP

New Zealandall-rounder Kyle Jamieson on Monday was awarded the 2021 edition of the Players' Cap. This award is given to the player who gets the maximum votes by the New Zealand players and support staff as their 'cricketer of the year'. The inaugural Players' Cap was taken home by former skipper Brendon McCullum in 2012, while New Zealand captain Kane Williamson has won it three times, winning it from from 2015 to 2017, reported ESPNcricinfo. The all-rounder was presented the awarded by wicketkeeper-batsman BJ Watling, who will retire from all forms of cricket after the UK tour.

"It's been a special 12 months being part of this group and thanks to everyone for making it such an easy team to fit into," ESPNcricinfo quoted Jamieson as saying.

"This is pretty special and not something that I expected at all. There have been some great guys who have won this before and being recognised by your peers is the ultimate," said Jamieson.

"The wins are what I enjoy most, that Bay Oval Test was a special one going into day five, my first day five match, and just being part of that Test victory is what I value the most," he added.

Jamieson would next be seen in action in the upcoming two-match Test series against England, beginning Wednesday. The first Test will be played at the Lord's Cricket Ground.

After the two-match Test series, New Zealand will play in the finals of World Test Championship (WTC) against India.

Kane Williamson
Get the latest updates on ICC Women's Cricket World Cup 2022 and IPL 2022, check out the Schedule , Live Score and IPL Points Table. Like us on Facebook or follow us on Twitter for more sports updates. You can also download the NDTV Cricket app for Android or iOS.