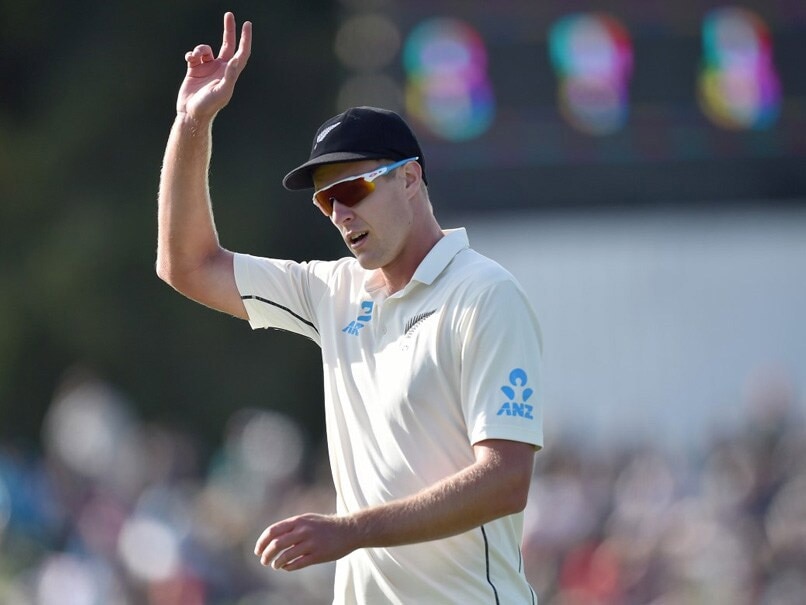 Kyle Jamieson burst on to the international scene during the recent New Zealand vs India series.© AFP

South African-born Devon Conway has been rushed on to the New Zealand cricket payroll before completing the required three-years residency because his form was "impossible to ignore", chief selector Gavin Larsen said Friday. The 28-year-old batting maestro, who does not become eligible for selection until August, was one of three new players named in the 20-strong Black Caps contracted squad. Imposing all-rounder Kyle Jamieson, who burst on to the international scene during the recent India series and spinner Ajaz Patel have also been promoted to the elite group while Colin Munro and Jeet Raval have been dropped and Todd Astle confirmed his retirement in January.

Conway, a left-handed batsman, has topped the domestic batting charts across all three formats since emigrating in 2017 and his eligibility when international cricket resumes left no room for Test opener Raval and limited-over batsman Munro.

"Devon's form with the bat across all three formats these past two seasons made him impossible to ignore and he's going to be a great option to add to the batting mix," Larsen said.

"Kyle's performances against the might of India were nothing short of outstanding and at 25 years of age he's certainly got a big future.

"We see Ajaz as the incumbent Test spinner at present and he'll be looking to stamp his mark on that spot after some superb efforts with the ball in the sub-continent."

New Zealand Cricket Team Kyle Jamieson Cricket
Get the latest updates on ICC T20 Worldcup 2022, check out the Schedule and Live Score. Like us on Facebook or follow us on Twitter for more sports updates. You can also download the NDTV Cricket app for Android or iOS.