West Indies vs Sri Lanka: How Yuvraj Singh Reacted To Kieron Pollard's 6 Sixes In An Over

West Indies vs Sri Lanka: Yuvraj Singh welcomed Kieron Pollard into an elite group after the West Indies skipper smashed 6 sixes in an over on Wednesday. 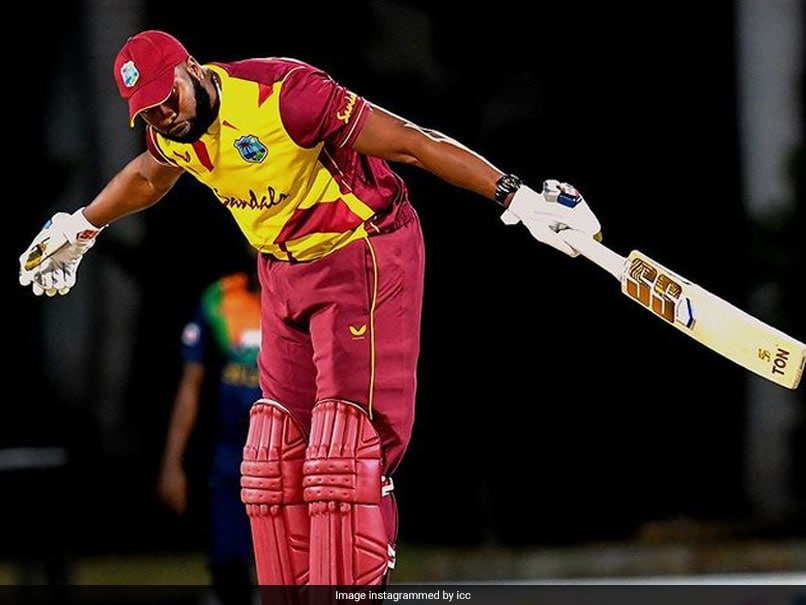 Kieron Pollard became the third batsman to hit six maximums in an over in international cricket.© Instagram

Yuvraj Singh took to Twitter on Thursday to welcome Kieron Pollard to an elite group of players who have hit six sixes in an over. Pollard on Wednesday became only the third batsman in international cricket to smash a bowler for six consecutive maximums. He slammed Sri Lanka spinner Akila Dananjaya all over the park in the first T20I between the West Indies and Sri Lanka. Yuvraj, who himself had hit Stuart Broad for six consecutive sixes in an over, tweeted "Welcome to the club @KieronPollard55 #sixsixes you beauty !!!"

Before Pollard and Yuvraj, Herschelle Gibbs was the first batsman to hit six sixes in an over in international cricket.

Gibbs had achieved the feat in 2007 in a 50-over World Cup match against the Netherlands.

In the first T20I, the West Indies bowlers restricted Sri Lanka to a below-par total of 131 for nine in their 20 overs.

Niroshan Dickwella and Pathum Nissanka got starts but failed to convert those into a big score.

The West Indies were off to a flying start at 52/0 in 3.1 overs before Dananjaya took a hat-trick to push the hosts on the backfoot.

Chasing 132 for the win, West Indies skipper Pollard then shifted the match in his side's favour with his explosive batting.

Pollard was trapped leg-before the next over after the carnage, but the damage was done and the West Indies chased down the target with four wickets and more than six overs to spare.