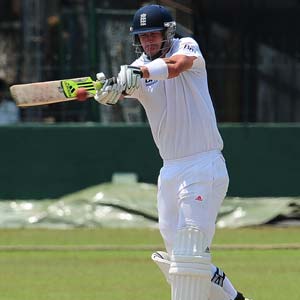 The two men are to meet after the conclusion of the third Test against South Africa at Lord's to discuss whether Pietersen has a future in the squad after he was discarded for sending text messages to members of the South African team during the second Test at Headingley, Britain's Press Association reported.

The looming talks came amid further reports that some of South African-born Pietersen's texts were offensive to Strauss and allegedly offered advice to the touists on how to dismiss him.

Pietersen apologised for the texts without specifying their content but former England and Wales Cricket Board chairman Lord MacLaurin told the BBC that if the allegations are proven, Pietersen will likely not play for England again.

"I think the Kevin Pietersen thing is pretty sad and pretty serious for cricket, the ECB are capable of dealing with the matter as they see fit," Lord MacLaurin said.

"If the reports in the papers are true.....I think Mr Pietersen will never play for England again."

Comments
Topics mentioned in this article
Cricket England Cricket Team Michael Clarke Eoin Morgan Andrew Strauss Kevin Pietersen
Get the latest updates on ICC T20 Worldcup 2022 and CWG 2022 check out the Schedule, Live Score and Medals Tally. Like us on Facebook or follow us on Twitter for more sports updates. You can also download the NDTV Cricket app for Android or iOS.