Kapil Dev said the focus, at the moment, should only be on saving lives and taking care of the poor. 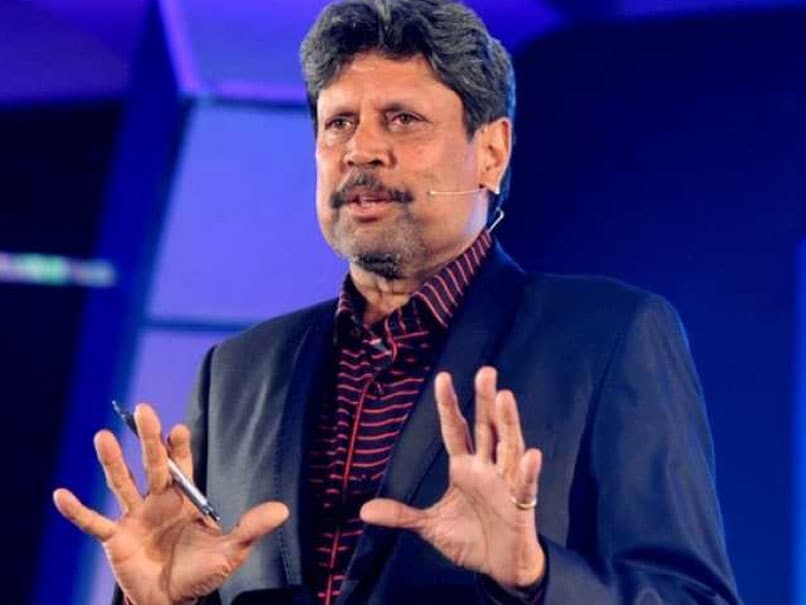 Kapil Dev feels proud that his country is in a position help other nations.© AFP

The legendary Kapil Devon Thursday slammed Shoaib Akhtar's idea of a made-for-television three-matchODI series between India and Pakistan to raise funds for the COVID-19 pandemic, saying "India doesn't need the money" and it is not worth risking lives for a cricket match. Speaking to PTI, Akhtar on Wednesday proposed a closed-door series to jointly raise funds to fight the deadly virus both in India and Pakistan. Dev said the proposal is not feasible. "He is entitled to his opinion but we don't need to raise the money. We have enough. For us, what is important right now is that how our authorities work together to deal with this crisis. I am still seeing a lot of blame game on television from the politicians and that needs to stop," Dev told PTI.

"Anyway, theBCCI has donated a hefty amount(Rs 51 crore) for the cause and is in a position to donate much more if the need arises. It doesn't need to raise funds. "The situation is unlikely to get normal anytime soon and organising a cricket game means putting our cricketers at risk which we don't need to," said the World Cup-winning former captain.

Dev said cricket should not even matter for at least the next six months. "It is just not worth the risk. And how much money can you make from three games? In my view, you can't even think of cricket for the next five to six months," he said.

Dev said the focus, at the moment, should only be on saving lives and taking care of the poor who are struggling to make ends meet in a lockdown situation. "Cricket will resume when things get normal. The game can't be bigger than the country. The pressing issue is to look after the poor, the hospital workers, the police and all other people who are on the frontline of this war," said the 61-year-old.

As an Indian, Dev feels proud that his country is in a position help other nations including the United States. President Donald Trump has thanked Prime Minister Narendra Modi for helping the United States with the supply of hydroxychloroquine, an anti-malarial drug being touted as a potential cure for COVID-19 patients.

"Helping others is in our culture and I feel proud about that. We should not seek credit after helping others. We should strive to become a nation which gives more and more rather than taking from others," he said. Like everyone else, Dev is at home and practising social distancing.

Asked how he views the current situation, he said: "Nelson Mandela stayed in a tiny cell for 27 years. Compared to that, we are in a privileged position (that we just have to stay at home for sometime)." "There is nothing bigger than life at the moment and that is what we need to save."

Comments
Topics mentioned in this article
Kapil Dev Shoaib Akhtar Cricket
Get the latest updates on ICC T20 Worldcup 2022, check out the Schedule and Live Score. Like us on Facebook or follow us on Twitter for more sports updates. You can also download the NDTV Cricket app for Android or iOS.