Kane Williamson will lead New Zealand in the upcoming two-match Twenty20 series against Sri Lanka while Corey Anderson comes back into the side after being sidelined with a back injury for six months. 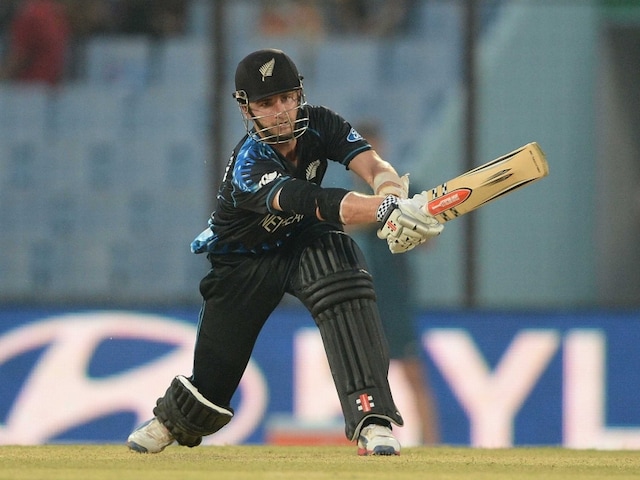 Kane Williamson will captain New Zealand in the Twenty20 series against Sri Lanka as the team looks for a new head following Brendon McCullum's international departure in February.© AFP

Kane Williamson will captain New Zealand in its two-match Twenty20 series against Sri Lanka next month, taking over from Brendon McCullum who is not available for the 2016 ICC World Twenty20 to be held in India. (Brendon McCullum To Retire From International Cricket At The End Of Season)

Allrounder Corey Anderson returns after missing the Australia tour and also the Test and one-day series against Sri Lanka because of a back injury.

Coach Mike Hesson said the selectors are pleased with Anderson's recovery, and the fact he has played domestic limited-overs matches for Northern Districts.

Grant Elliott also joins the T20 squad after being sidelined with a broken arm. Hesson said the matches against Sri Lanka would be a key part of New Zealand's preparation for the World Twenty20 in March in India.

Comments
Topics mentioned in this article
New Zealand Cricket Team Sri Lanka Cricket Team Kane Williamson Corey Anderson Cricket
Get the latest Cricket news, check out the India cricket schedule, Cricket live score . Like us on Facebook or follow us on Twitter for more sports updates. You can also download the NDTV Cricket app for Android or iOS.