England beat Sri Lanka by seven wickets in the first Test in Galle to take a 1-0 lead in the two-match series. 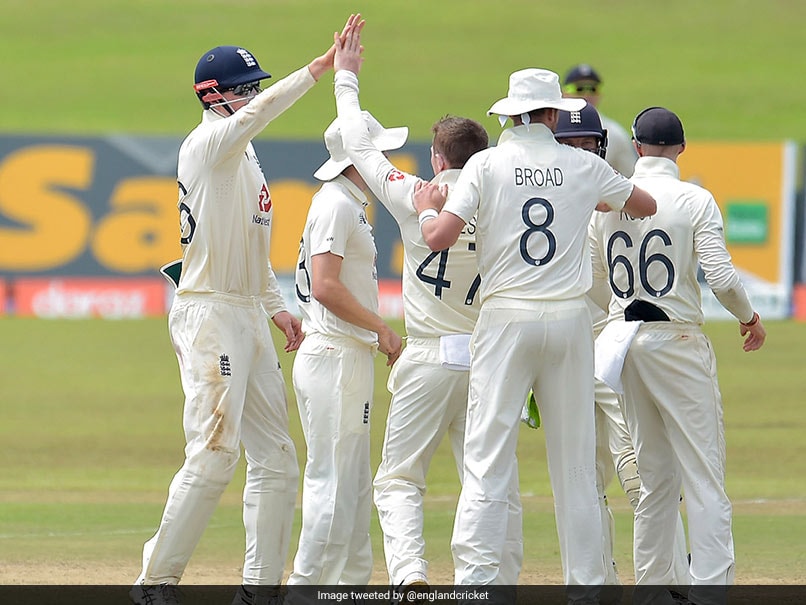 England won the first Test against Sri Lanka by seven wickets on Monday with Jonny Bairstow and Dan Lawrence negotiating a "tricky" finish to to take them to safety. After losing three quick wickets before the overnight close, Bairstow and Lawrence steadied the innings and scored the required 36 runs in less than 10 overs on the final day. "It was tricky," admitted Bairstow, who hit the last runs with a four in the empty stadium in Galle, with just a lone England fan watching from a fort overlooking the ground.  The crumbling pitch gave Sri Lanka's spinners hopes of claiming more wickets but Bairstow (35) and Lawrence (21) took England to 76-3 after resuming at 38-3.

Sri Lanka called a review on one Dilruwan Perera ball to Lawrence, who missed his reverse sweep. But the TV replay found the faintest edge before it hit his pads.

Sri Lanka collapsed to 135 in the first innings. But after England made 421 with a Joe Root double century, the home side hit back with a determined 359 in their second innings before having England in trouble at 14-3 at one stage late Sunday.

Bairstow, playing in his first Test since 2019, said that the win was an "important" boost as England prepare for four tough Tests in India next month.

"You need 36 runs, it doesn't matter how you get there. If you are not proactive then there is going to be a good ball come your way. We had to make sure we were pressing them in the field and running hard," he said.

England captain Root said the team's lack of preparation before the match -- stuck in their latest bio-secure bubble -- had been a handicap.

He said the performance by spinners Dom Bess and Jack Leach, who each took five wickets in an innings, was a "brilliant achievement".

England have now won four away Tests in a row, their best performance since 1955-56. And Root now has 24 Test wins as a captain, two behind Michael Vaughan's all-time record of 26 for England.

Sri Lanka skipper Dinesh Chandimal admitted that his side gave away the game in the first innings.

Lahiru Thirimanne scored a stubborn 111 in the second innings to boost Sri Lanka's hopes and Chandimal said that if they could have added 70-80 more runs then Sri Lanka could have caused an upset.

"It could have been a different story," he declared.

Chandimal said the first-innings total would be crucial in the second Test which starts in Galle on Friday.

Dinesh Chandimal Sri Lanka vs England, 1st Test Cricket
Get the latest updates on IPL Auction 2023 and check out  IPL 2023 and Live Cricket Score. Like us on Facebook or follow us on Twitter for more sports updates. You can also download the NDTV Cricket app for Android or iOS.