Rob Lewis tried to watch the match from the ramparts of the Galle fort, but was escorted away by the police. 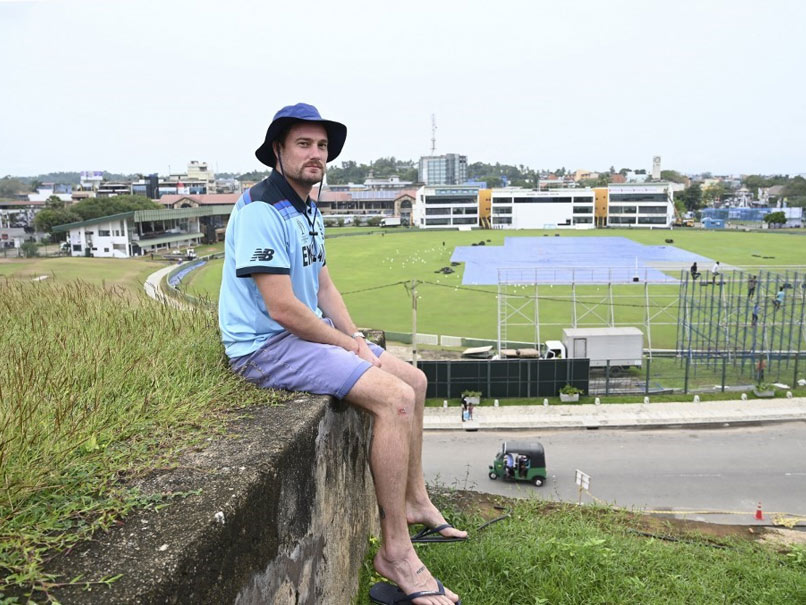 An England cricket fan who waited 10 months in Sri Lanka to watch his team play was escorted away by police before a ball had been bowled in the first Test on Thursday. Rob Lewis, who decided to stay in the country after the original tour was aborted over the coronavirus last March, had to resort to subterfuge to sneak a peek at the day's play. Lewis was ordered off the historic ramparts of Galle Fort, a vantage point which overlooks the city's cricket ground, just after the national anthems. The game was held behind closed doors because of the pandemic.

"I am very frustrated. I waited 10 months to watch this match and the police have kicked me out," Lewis told AFP.

"At least I managed to sing 'Jerusalem'," he added.

Hours after getting his marching orders, Lewis returned to another area of the fort further from the ground, but still with a view of the game.

"Back on the Fort because I work here now," he said on Twitter without giving an explanation, though he was wearing a hard hat and a fluorescent safety jacket over his England T shirt.

He had put up three banners, including one from the Barmy Army, as England's supporters are known, and another for a charity helping stray dogs in Sri Lanka. But they were also taken down by authorities.

During his stay in Sri Lanka, Lewis has worked remotely as a web designer and done stints as a nightclub DJ.

He visited Galle Fort on Saturday to map out his plans as it became clear that no spectators will be allowed at the ground.

Lewis said he was warned in advance that he would only get restricted access to the ramparts.

"They gave me half-an-hour to put up three banners and go. That's all," Lewis added.

"There will be another nine days of play and I hope I will be able to get permission to go up there again."

Sri Lankan police banned all visitors from the 16th-century ramparts, a magnet for locals who want to avoid paying for tickets, officially for security reasons.

But a few journalists were allowed to cover the match from the fort.

Fans and media were barred from the stadium because of the coronavirus, which has infected more than 50,000 people and killed nearly 250 in the South Asian nation.

Sri Lankan journalist Rex Clementine scaled the ramparts to keep up his record of covering every Test in Sri Lanka since 2000.

"I want to maintain my record even if they don't allow reporters to the grounds," he said.

Soldiers and security personnel in hazmat suits were posted around the stadium and checked the few people allowed in.