Jofra Archer on Thursday was ruled out of action for three months due to a stress fracture in his right elbow. 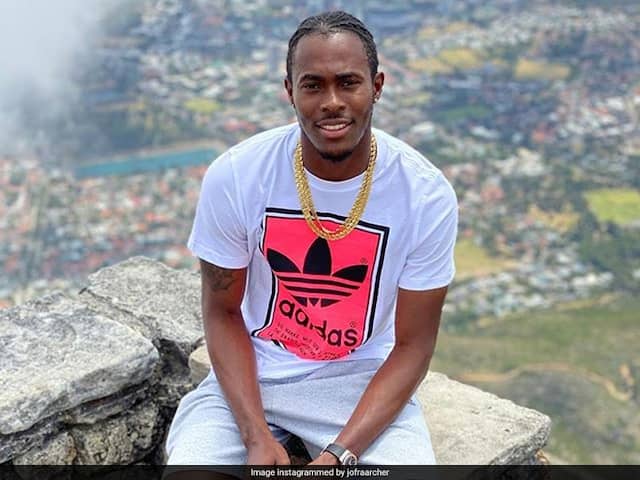 Jofra Archer was ruled out of the upcoming IPL season due to stress fracture.© Instagram

Jofra Archer was on Thursday ruled out of England's upcoming Test series against Sri Lanka and the next season of Indian Premier League (IPL) due to a stress fracture in his right elbow. Jofra Archer suffered the injury during the South Africa tour. While the news about Archer's injury came out on Thursday, cricket fans on social media believes that the England fast bowler knew well before that he will miss out on action due to stress fracture. Soon, after the ECB announced that Archer will miss out on the Sri Lanka tour and IPL, his old "stress fracture" tweet from May 2014 went viral on social media.

"I pray this ain't a stress fracture," Jofra Archer had tweeted back in 2014.

I pray this ain't a stress fracture

Fans were left shell-shocked by the accuracy of Archer's tweet and called him a time-traveller.

"#JofraArcher Time traveller," a fan tweeted after Archer was ruled out of the IPL 2020.

"What a Prediction," another one joined in.

"Wait what this tweet is from 2014 Is this guy really from future," a fan said.

"How can you be so accurate Jofra Archer," a fan asked the England pacer.

How can you be so accurate Jofra Archer

The 24-year-old Archer is set to be out of action for three months as he will undergo rehab with the England Cricket Board medical team.

Archer, who made his international debut last year, played just one Test during England's recent tour of South Africa.

His absence could prove to be a huge blow for the Rajasthan Royals ahead of next month's IPL.

Archer has played 21 games for Rajasthan Royals in the IPL and has picked up 26 wickets at an average of 23.69.