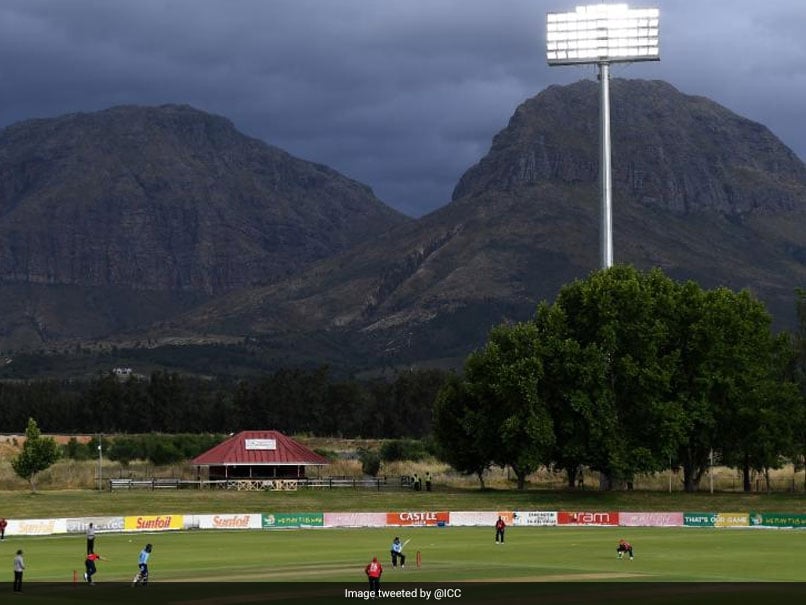 England played a practice T20 match in Paarl ahead of their series against South Africa.© Twitter

Fast bowler Olly Stone and Test captain Joe Root played leading roles in an England intra-squad Twenty20 warm-up match at Boland Park in Paarl on Monday. Neither Stone nor Root is in England's T20 squad but will be part of the one-day international set-up for a three-match series that will follow three T20 games, which start at Newlands in Cape Town on Friday. Stone took three for 12, dismissing top-order batsmen Jonny Bairstow, Ben Stokes and Liam Livingstone, as Team Morgan, led by England captain Eoin Morgan, were restricted to 139 for nine in their 20 overs.

Root and all-rounder Sam Curran both made 45 not out as Team Buttler, captained by tour vice-captain Jos Buttler, cruised to a six-wicket win with 7.2 overs to spare. Root had also been top scorer when he made 77 in a 40-overs warm-up match at Newlands on Saturday.

England had originally planned to play two T20 matches on the same day but opted to reduce this to a single match. Because it was a practice game, Bairstow and Stokes, dismissed for 11 and three respectively, batted again and both scored 10 in their second knocks, with Bairstow being undefeated.

All members of the touring party took part in a 13-a-side contest, including the designated reserves. Middlesex all-rounder Tom Helm, one of the reserves, took two wickets for the winning team.

Jonny Bairstow Cricket
Get the latest updates on ICC T20 Worldcup 2022 and CWG 2022 check out the Schedule, Live Score and Medals Tally. Like us on Facebook or follow us on Twitter for more sports updates. You can also download the NDTV Cricket app for Android or iOS.