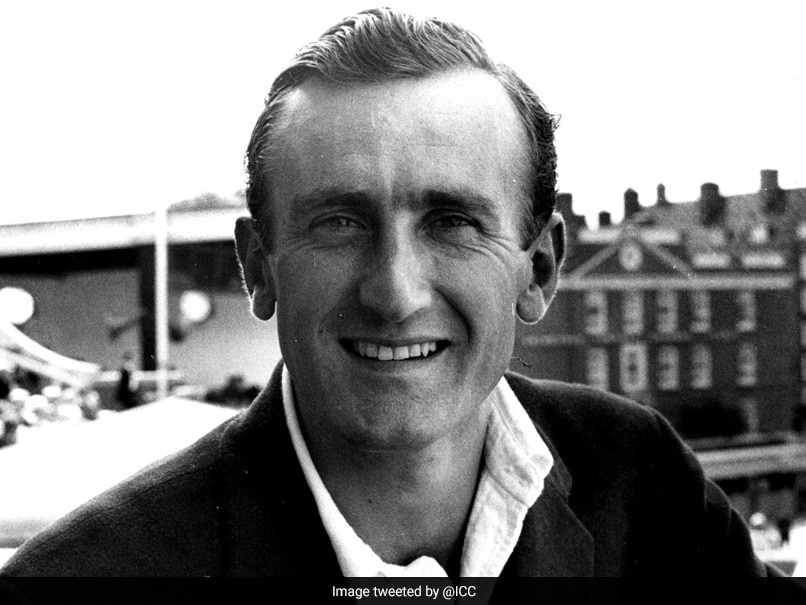 Joe Root led the tributes to Ted Dexter after it was announced Thursday that the former England captain had died aged 86. Dexter captained his country in 30 of his 62 Tests, with the attacking batsman scoring nine Test hundreds at an average of under 48. The former Sussex skipper became England's chairman of selectors after his playing days were over as well as served as president of Marylebone Cricket Club (MCC), the owners of London ground Lord's.

"It's a really sad day, ex-captain and selector, played a huge amount for England, a brilliant servant to the game," said current England skipper Root, leading the team in the ongoing third Test against India at Headingley.

"It's terribly sad to hear and hopefully we can put on a performance in his memory."

Dexter, a stylish batsman, was an admirer of Root's elegance at the crease, with the Yorkshireman adding: "I never had the pleasure of spending much time with him, but he did send me some emails out of the blue when I wasn't playing so well telling me how to get back to where I was."

"People won't remember him for numbers, they will remember the way he played the game," said Atherton. "He was a great stylist who played with great flair and adventure.

"It's a day to celebrate a full and varied life, 86 -- he squeezed every last drop out of life. I was very fond of him. He gave me my first cap and made me captain -- and then resigned during my first game!

"He'd turn up to selection meetings on his bike in his leathers, with his suit underneath with the averages in a briefcase."

The England and Wales Cricket Board said Dexter "will be remembered both for his dashing and attractive strokeplay and his wide interests outside the game."

International Cricket Council (ICC) acting chief executive Geoff Allardice said Dexter was "one of the most accomplished batsmen of his era", adding he had "helped develop the players' rankings that are so popular today".

"Ted was honoured to be one of this year's special inductees to the ICC Hall of Fame and it is really sad to hear the news of his passing."

England's players and the match umpires at Headingley wore black armbands on Thursday in memory of Dexter.