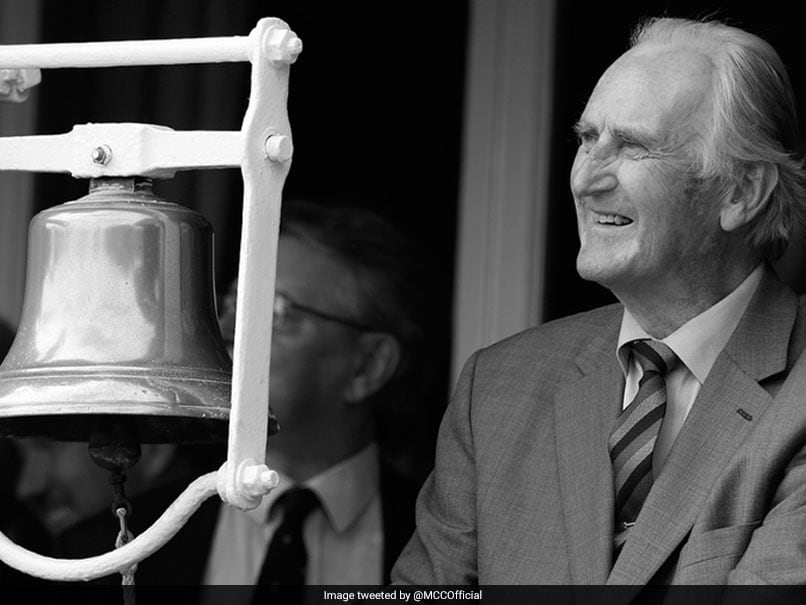 Ted Dexter skippered England in 30 of his 62 Tests.© MCC/Twitter

Former England captain Ted Dexter, "one of England's greatest ever cricketers", has died aged 86, the Marylebone Cricket Club announced on Thursday. Dexter skippered England in 30 of his 62 Tests with the MCC commenting he had played "the game with the same sense of adventure and fun that captures much of the story of his remarkable life". The statement added Dexter passed away peacefully in a hospice in Wolverhampton, central England, on Wednesday while surrounded by his family. "Ted was a cherished husband, father and grandfather and one of England's greatest ever cricketers," said the MCC statement.

The Sussex star was renowned for the power with which he hit the ball and one of his most eye-catching innings was against the West Indies at Lord's in 1963 when he came in at 2-1 and smashed 70 off 75 deliveries.

The ranking system was subsequently adopted by the International Cricket Council and formed the basis of today's ratings.

Dexter, however, had a difficult time as selector while presiding over a weakened England team from 1989-1993.

England Cricket Team Edward Ralph Dexter Cricket
Get the latest updates on IPL Auction 2023 and check out  IPL 2023 and Live Cricket Score. Like us on Facebook or follow us on Twitter for more sports updates. You can also download the NDTV Cricket app for Android or iOS.