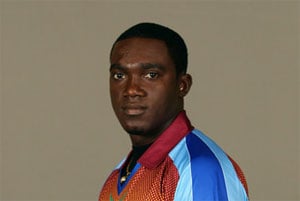 Fast bowler Jerome Taylor is poised to play his first Test in nearly five years after being named in a West Indies 13-man squad to face New Zealand in the opening Test of the three-match series at Sabina Park next Sunday.

The 29-year-old right-armer has struggled with fitness issues in recent years but returned to competitive cricket this year, grabbing 25 wickets at 25 runs apiece to help Jamaica win the Headley/Weekes Trophy final, reports Xinhua.

His last outing in Tests for the Windies was against Australia Down Under where he limped off after sending down just nine overs in the first Test at Brisbane.

Taylor's recall on Tuesday coincides with that of Barbados speedster Kemar Roach who has been afflicted by injury over the last year and has not played a Test since last March against Zimbabwe in the Caribbean.

The 25-year-old underwent shoulder surgery in December and survived a car crash earlier this year to be fit for the upcoming series. He and Shannon Gabriel join Taylor as the seam attack.

Combative left-arm spinner c Benn, who played the last of his 17 Tests nearly four years ago, has been recalled to join off-spinner Shane Shillingford, with mystery off-spinner Sunil Narine ineligible for selection.

The 32-year-old Benn has been repeatedly overlooked because of disciplinary issues but has re-emerged now, after a first class season that yielded 37 wickets at 15 runs apiece.

Head coach Ottis Gibson told media here Tuesday he would wait until arriving in Jamaica and assessing conditions there, before deciding on the composition of the attack.

"We have three good quality fast bowlers that have done very well this week (during the camp) and two world class spinners - obviously with Benn coming back into the team after a long absence and Shane who has had his issues with his action coming back," Gibson said.

"We're very happy to have these two guys in our midst. So if the wicket suits two spinners then I guess two spinners will play, and if not then we have three quality seamers that will take the field."

The squad also includes veteran opener Chris Gayle who is an injury worry for what would be his 100th Test. Barbadian opener Kraigg Brathwaite has been included in the squad as cover for the left-handed Jamaican.

Gayle struggled in the recent Indian Premier League with a back injury that inhibited his form, and recently sought specialist advice in Germany on the matter.

Gibson said Gayle looked in good shape and he expected him to be fit once he got the necessary rest ahead of the first Test.

"He's turned up, he's here, he's fit. We know the issues with his back and those are things we have to manage," Gibson said.

"He has some injections in his back. The specialist said he needs a couple days rest and after that (he) should be able to take full part in cricket."

All-rounder Dwayne Bravo was not considered for selection due to injury.

The second Test will be played in Trinidad and Tobago June 16-20 and the third in Barbados June 26-30.