Jasprit Bumrah shared a picture with his fans where he is enjoying some leisure time in and around the sea and picturesque skies. 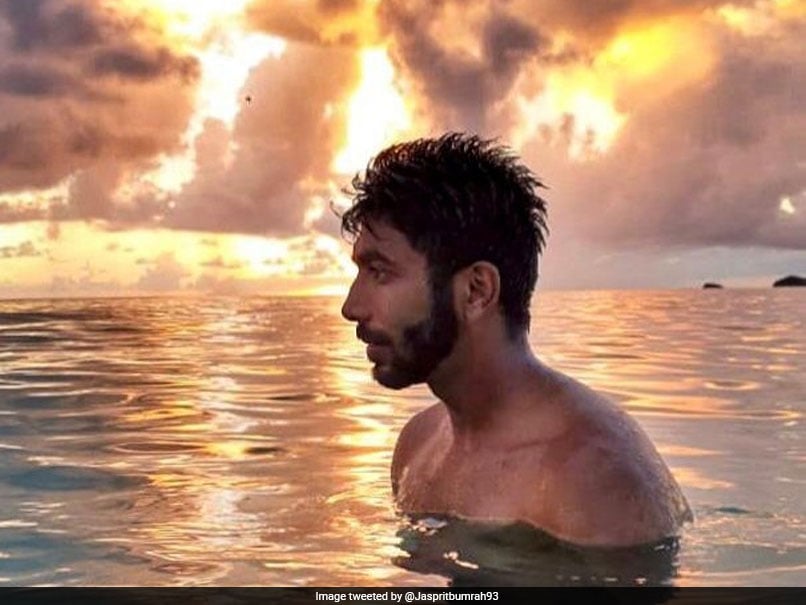 Jasprit Bumrah is all set to miss the upcoming two-Test series against Bangladesh.© Twitter

Jasprit Bumrah, who is out of action since last month due to an injury, has become very active on social media. Every now and then he keeps on sharing pictures with his fans on his various social media accounts. Bumrah on Monday took to Twitter to share yet another picture with his fans. The picture shows the 25-year-old bowler having some leisure time in the sea water, with picturesque sky occupying the top-half of the picture. "Seas the day!," the fast bowler captioned the picture.

Last week, Bumrah has shared a picture of himself dressed in a suit and before that he had posted a video of himself running in the ground.

Jasprit Bumrah had suffered stress fracture in his lower back after the Test series against the West Indies.

Bumrah, India's premier fast bowler, hasn't played a game for India since September. The last time Bumrah played a match for India, he claimed a Test hat-trick and returned with seven wickets in the second Test against the West Indies.

Bumrah will also not be a part of history as India play their first-ever day-night Test at Eden Gardens, Kolkata, starting November 22.

However, the good news for the Indian fans is that the bowling coach Bharat Arun had confirmed that Bumrah does not require a surgery to treat his injury and wishes that the fast-bowler will be back in action in time for the Test series against New Zealand.

Jasprit Bumrah Cricket
Get the latest updates on Fifa Worldcup 2022 and check out  Fifa World Cup Schedule, Stats and Live Cricket Score. Like us on Facebook or follow us on Twitter for more sports updates. You can also download the NDTV Cricket app for Android or iOS.