The Jammu and Kashmir cricket team is set to have its camp in Vadodara from Thursday as they prepare for this year's domestic season. 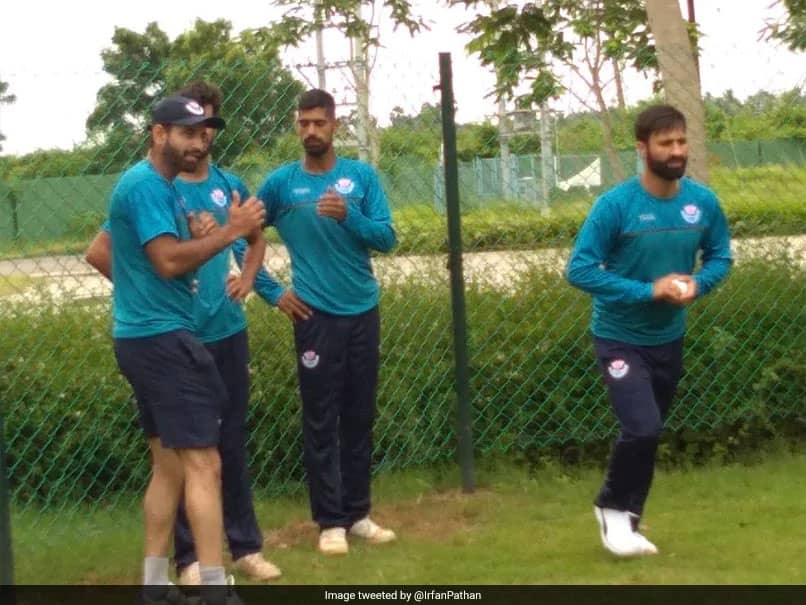 The Jammu and Kashmir cricket team is set to have its camp in Vadodara from Thursday as they prepare for this year's domestic season. The move comes in the light of the developments in Srinagar which saw the players being asked to leave the Valley due to security reasons. Former India all-rounder Irfan Pathan who is now the mentor-cum-coach of the side confirmed the development. "By today all the boys have assembled in Jammu. There are 27 of them, half from Jammu and half from Kashmir. We had a meeting and decided we would give an advertisement on television, on a local Kashmiri channel. So from there, the boys assembled in Jammu and the camp will be held in Vadodara," Irfan told IANS.

"The camp will take place at Motibag Cricket Ground in Vadodara from Thursday."

The domestic season is underway with the Duleep Trophy. It will be followed by the domestic fifty-over tournament Vijay Hazare Trophy. The league round of Ranji Trophy is scheduled to begin on December 9.

The turmoil in Jammu & Kashmir has also seen the Cricket Association suspend all cricketing activities.

Speaking to IANS, a senior official of the JKCA had confirmed the same last month and said it was due to security reasons that the players were asked to leave the place.

The army had earlier issued a security advisory asking tourists and Amarnath pilgrims to leave the valley.

Irfan Pathan Cricket
Get the latest updates on India vs Australia Series, check out the India vs Australia Schedule for 2020-21 and Ind vs Aus live score . Like us on Facebook or follow us on Twitter for more sports updates. You can also download the NDTV Cricket app for Android or iOS.