Jacques Kallis Shaves Off Half Of His Whiskers For "Charity", Reminds Twitter Of His Playing Days

Jacques Kallis shaved off half his whiskers to promote a couple of causes. 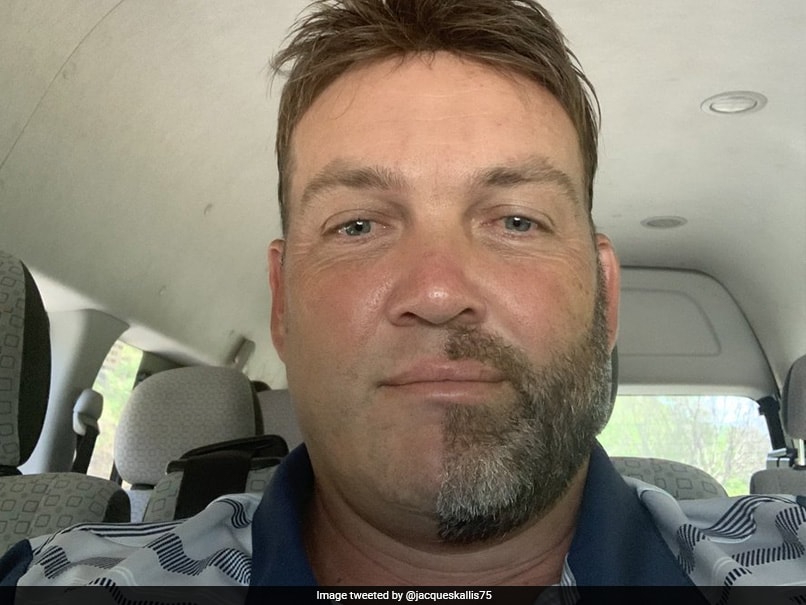 Jacques Kallis, one of the best all-rounders to have played the game, surprised his fans as he posted pictures sporting half beard and half clean-shaven look. In his post, Jacques Kallis explained that he did so to raise money for Rhinos and golf development. Kallis also wrote that he will be sporting this look "till end of November". Posting pictures on Twitter, the former South Africa all-rounder wrote: "Going to be an interesting few days".

"R480k raised for SAGB for shaving half my Movember till end of November," Kallis wrote on the micro-blogging site.

Movember is an annual event where men grow their moustaches during the month of November to raise awareness about men's health issues.

Former England player Kevin Pietersen, who himself is a big supporter of Rhinos protection and an avid golf player, was among many who gave Kallis a thumbs up for his courage. Praising Kallis' noble effort, Pietersen wrote: "Sober!".

Within no time, fans flooded the micro-blogging site with congratulatory messages. Some fans even wrote that the dual look reminds them of his playing days as he used to impact the game with both bat and ball.

SHINY SIDE AND ROUGH SIDE OF THE BALL ,and kids that's how reverse swing happens pic.twitter.com/WwsnHpELXU

The 44-year-old former all-rounder is considered to be one of the most influential cricketers of the modern era.

Moreover, he also picked up over 500 wickets in his international career. 292 ODI wickets, 273 Test scalps and 12 dismissals in T20Is speak volumes of his all-round brilliance.

Jacques Kallis Cricket
Get the latest updates on ICC Women's Cricket World Cup 2022 and IPL 2022, check out the Schedule , Live Score and IPL Points Table. Like us on Facebook or follow us on Twitter for more sports updates. You can also download the NDTV Cricket app for Android or iOS.