Jacques Kallis Retires From All Formats of International Cricket

Jacques Kallis - who had previously retired from Tests - announced that he will not play ODIs and T20Is either. The veteran cricketer though will continue to feature for Sydney Thunders and Kolkata Knight Riders. 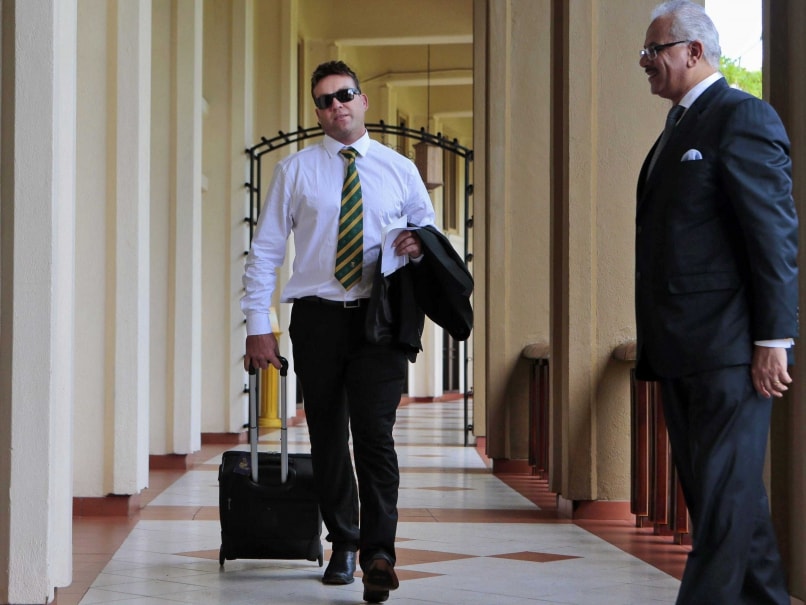 Veteran South Africa cricketer Jacques Kallis on Wednesday announced his retirement from all formats of cricket. He had previously retired from Test cricket after the series against India in December 2013.

Kallis - rated as one of the biggest stars of contemporary international cricket - played 166 Tests, 328 ODIs and 25 T20Is in career spanning 19 years. The all-rounder scored 13289 Test runs and another 11579 in ODIs and 666 in T20Is respectively. "I realized in Sri Lanka that my dream of playing in a World Cup was a bridge too far," said Kallis in a statement. He had scored just five runs in the last three ODIs against Sri Lanka. "I just knew on that tour that I was done. The squad that was in Sri Lanka is an amazing one and I believe they have a good chance of bringing the trophy home in March."

Arguably the greatest ever cricketer retires...cricket will miss you, @jacqueskallis75!

While his batting was raved about by most critics, his bowling too gave fans a lot of cheer. Kallis claimed 292, 273 and 12 wickets in Tests, ODIs and T20Is respectively.

One of the most influential cricketers of all time calls stumps, congratulations @jacqueskallis75 on an amazing career. #Legend

Kallis had made his international Test debut in December 1995 in a Durban Test against England. He made his ODI debut a month later against the same opposition, at Cape Town. He however will continue to play for Sydney Thunder and Kolkata Knight Riders. "I am not retiring from all cricket as I have a two-year contract with the Sydney Thunder and, if possible, to help the Kolkata Knight Riders defend the IPL title we won earlier this year," he said.

Comments
Topics mentioned in this article
Jacques Kallis Cricket South Africa Cricket Team Kolkata Knight Riders
Get the latest updates on ICC T20 Worldcup 2022, check out the Schedule and Live Score. Like us on Facebook or follow us on Twitter for more sports updates. You can also download the NDTV Cricket app for Android or iOS.