The England medical team, in consultation with Leach, decided it would be best for Jack Leach to go home in order to make a full recovery. 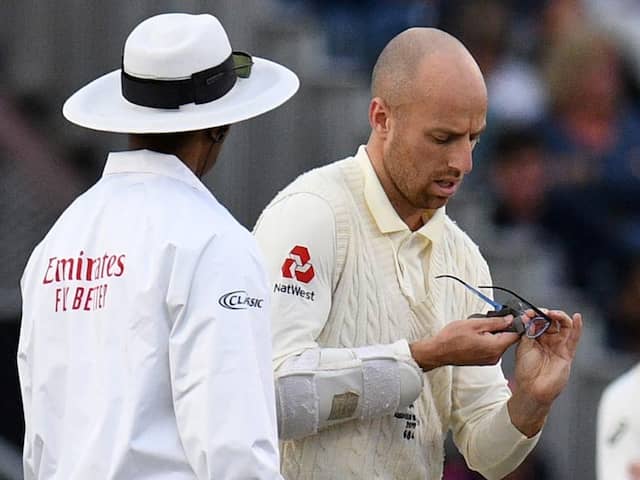 Jack Leach did not play the two Tests in the series so far due to illness.© AFP

England spinner Jack Leach is to return home from South Africa on Thursday after battling a series of health issues, including a recent bout of sepsis, tour officials have announced. The Somerset left-armer missed the final Test against New Zealand and has not bowled a ball competitively in South Africa after being hit by bouts of flu and gastroenteritis. The England and Wales Cricket Board said in a statement that the 28-year-old, who also suffers from Crohn's disease, "has struggled to fully recover from sepsis he picked up during the tour of New Zealand".

He "has not been able to reach the expected levels of fitness to be considered for selection", it added.

England head coach Chris Silverwood said: "It has been an unfortunate time for Jack with illness and since the Test series in New Zealand six weeks ago he hasn't been able to get 100 percent fit."

The bespectacled Leach became a cult hero for his stoic resistance while Ben Stokes produced a match-winning innings in last year's third Test against Australia.

Leach's Somerset teammate Dom Bess played in the second Test win at Cape Town, having originally arrived as cover and is in line to retain his place at Port Elizabeth on Thursday.

Leach is the third player to be ruled out of a tour that has been disrupted by frequent medical bulletins, joining Rory Burns (ankle) and James Anderson (rib) on the sidelines.

At least 11 members of the playing squad have fallen ill during the tour, along with about half a dozen backroom staff.

The third Test in the four-match series against South Africa starts at St George's Park on Thursday. The series is all square at 1-1.

South Africa Cricket Team Jack Leach Cricket
Get the latest Cricket news, check out the India cricket schedule, Cricket live score . Like us on Facebook or follow us on Twitter for more sports updates. You can also download the NDTV Cricket app for Android or iOS.