It Has Been A Tough Year, Haven't Been Home In Six Months: Jason Holder

Post the pandemic-forced break, West Indies were the first team to embark on an overseas tour when they travelled to England. 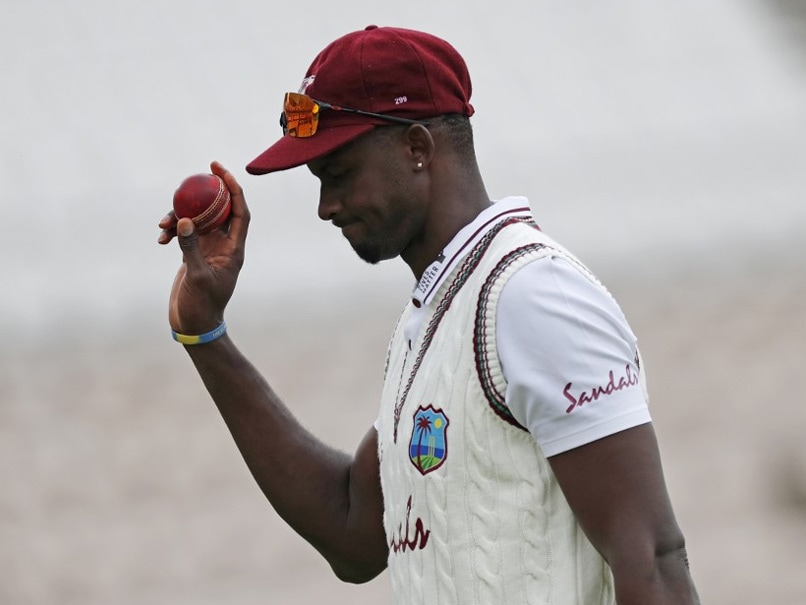 Jason Holder will next link up with the Sydney Sixers for a three-game stint in the ongoing BBL.© AFP

As this season's cricket ends for the Caribbean team with an innings and 12-run loss against New Zealand in the second Test on Monday, West Indies skipper Jason Holder feels that it will be a much-needed break for some players after a tough year due to the coronavirus pandemic. With this win, the Kiwis have moved a step closer to the number one ranking in Test cricket for the very first time. The side has also toppled England at the third spot in World Test Championship standings. "Man, it's tough. It was a tough year. Credit to every individual who would have sacrificed their health, and the risk of travelling around the world in this pandemic," ESPNcricinfo quoted Holder as saying.

The all-rounder spoke about the challenges of playing in the bio-bubble and added that he has not been home for six months.

West Indies was one of the first teams to resume cricket in the post-corona world, as they travelled to the United Kingdom to play the three-match Test series against England. The team also suffered pay cuts due to the Covid-19.

"It has been a tough year. Not just for the team but I know for me personally it has been tough. I haven't seen home in six months now. I have been going non-stop. We have had pay cuts. It is a situation where you are still looking to make a living, still looking to make use of every opportunity you get. But, having said that, going from bubble to bubble and being isolated into a room -- sometimes, as I have said before, the room just gets smaller and smaller by the second," Holder explained.

"I know a few of the guys have got tired minds. We've been on the road for a little while. It would be good for the guys to get home for Christmas, spend some time with their families; hopefully, some of them get there in time for Christmas, because I think you've got to do a quarantine, some players have to do a quarantine going back home. It will be a much-needed rest for some players to just refresh and come back," he added.

Holder is not going back home to recharge his batteries yet. From New Zealand, it's over to Australia to link up with the Sydney Sixers for a three-game stint in the ongoing BBL -- no quarantine needed, because of the travel bubble between the two countries -- and then on to Bangladesh with West Indies in January.

"We have got a short turnaround. I head over to the Big Bash after this and then we've got a tour of Bangladesh in early January. Not much time in between, but we will see how it goes. I don't know [when I will be home next]. At this point, I really don't know. But I am still enjoying it. Still enjoying moving around. I am trying to make use of every opportunity I get and hope it works out for me," Holder said.

Jason Holder Cricket
Get the latest updates on SA vs IND 2021-22, check out the Schedule and Live Score . Like us on Facebook or follow us on Twitter for more sports updates. You can also download the NDTV Cricket app for Android or iOS.