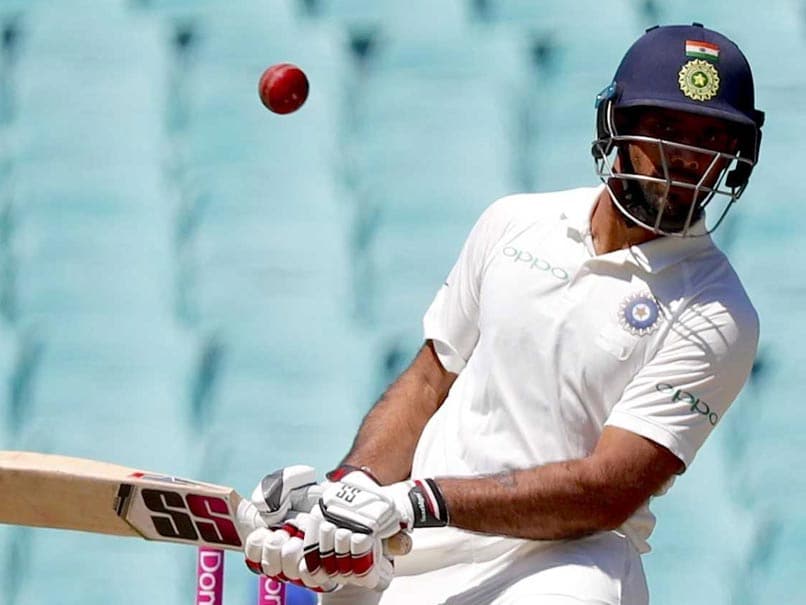 Hanuma Vihari (115) struck a brilliant century while Mayank Agarwal (95) narrowly missed out on his as Rest of India (RoI) scored 330 all out on Day 1 of the Irani Cup at the Vidarbha Cricket Association Stadium in Nagpur on Tuesday. For Ranji Trophy champions Vidarbha, Akshay Wakhare and Aditya Sarwate scalped three wickets each. Opting to bat, RoI lost opener Anmolpreet Singh (15) cheaply before Mayank Agarwal (95) and Vihari's 125-run partnership took their side close to the 200-run mark.

Following Agarwal's dismissal, skipper Ajinkya Rahane (13) failed to make an impact with the bat as he was sent packing by Sarwate.

However, Vihari continued to play a fighting knock but ran out of partners and was eventually sent back by Sarwate.

Later, some quality bowling by Vidarbha caused a batting collapse for RoI with only Rahul Chahar (22) and Ankit Rajpoot (25) putting up a semblance of fight.

India Cricket Team Hanuma Vihari Mayank Agarwal Cricket
Get the latest updates on T20 World Cup, check out the T20 World Cup Schedule and Live Score . Like us on Facebook or follow us on Twitter for more sports updates. You can also download the NDTV Cricket app for Android or iOS.