Hanuma Vihari (40 not out), Ajinkya Rahane (25 not out) will resume innings for Rest of India on Day 4. 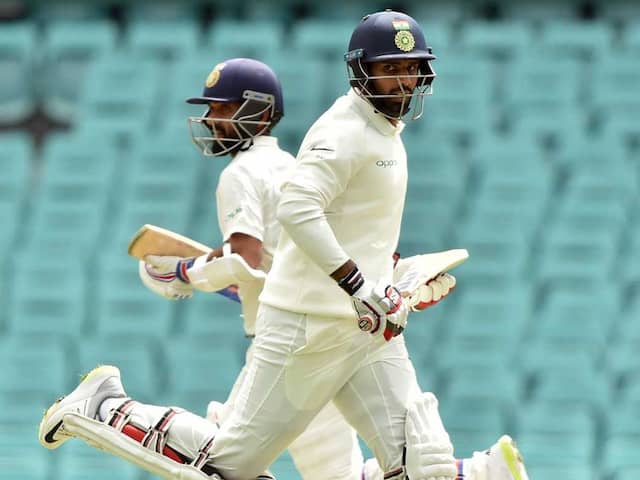 After bundling out Vidarbha on 425, Rest of India (RoI) were 102/2 at stumps, taking a meagre seven-run lead on the third day of the Irani Cup at the Vidarbha Cricket Association (VCA) stadium, here on Thursday. Resuming the day at 245/6, Akshay Karnewar (102), who started from 15 not out, slammed his maiden first-class century to hand the Ranji Trophy champions a 95-run first innings lead.

For the RoI, Rahul Chahar was the pick of the bowlers with 4/112 while Dharmendrasinh Jadeja, Krishnappa Gowtham and Ankit Rajpoot bagged a couple of wickets each.

Later, the RoI lost openers Mayank Agarwal (27) and Anmolpreet Singh (6) as the scorecard was reading 46/2. However, a fighting partnership between Hanuma Vihari (40 batting) and Ajinkya Rahane (25 batting) cut the deficit to make the contest interesting.

While Wakhare accounted for the wicket of Agarwal, Aditya Sarwate packed back Anmolpreet.