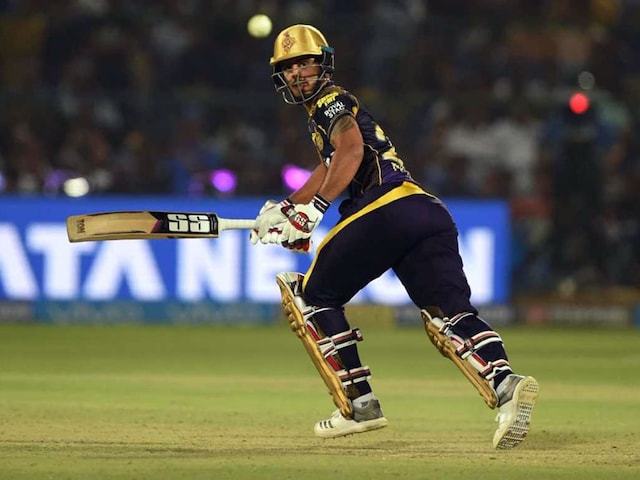 Kolkata Knight Riders (KKR) coach and former South Africa all-rounder Jacques Kallis on Monday showered praise on top-order batsman Nitish Rana, saying the player was told he will get a chance to showcase his talent from the outset. "He played well against us for Mumbai. Had heard good things about him. Perhaps he didn't get as many games for Mumbai as he would have liked. We have kind of given him a message that he will be settled in the side and showcase his talent," Kallis told reporters on the sidelines of the Knight Golf event at the Tollygunge Club. Rana has so far delivered for KKR with bat and ball, scoring 165 runs in six games at 33.00 and picking up four wickets. The 24-year-old Delhi boy performed well at crucial junctures for the purple brigade and was instrumental in all their three wins so far.

Last season, Rana had smashed a match-winning 29-ball 50 to turn the tables on KKR for Mumbai and help the side win by four wickets. He was one of the leading run-scorers of IPL 2017. Kallis said they were impressed by his potential then and had an eye on him these auctions.

"We are backing him 100 per cent and certainly it has paid off. He played some good innings. He has got a bright future ahead with KKR," Kallis added.

Asked about the numerous last over finishes in this edition of the cash-rich T20 league, Kallis said the fight for playoffs will go down to the wire this time as all teams are evenly balanced.

He added that it could well be down to net run rate at the end of the league stage when the top four teams make their way into the knockouts.

"There is no one team that dominates. All teams are pretty balanced. In IPL, every team can beat the other team. Look for some really exciting cricket going forward. It will be a tight finish at the end maybe a point or two or it will just boil down to NRR for the teams to go through.

"We are in the mid table now (third). Other end would not have been nice. We played some good cricket at times. It's nice to get a few days off and regroup in Delhi and hope to return to winning ways," Kallis said.

KKR next take on Delhi Daredevils on April 27.

Assistant coach and former Australia opener Simon Katich spoke about the impact of having well-known adventurer and explorer Mike Horn with the team.

Horn was roped in by the Kolkata Knight Riders for a short stint ahead of the upcoming seventh season of the League.

"With Horn what stood out was that he gave the young guys a lot of opportunities, gave an explanation of their roles. They had a very good session with him. Some of them are playing the IPL for the first time," Katich said.

KKR have two U-19 World Cup winners in Shubman Gill and Shivam Mavi with Kamlesh Nagarkoti ruled out due to a foot injury.

On Andre Russell, who aggravated his hamstring injury in their last game against Kings XI Punjab, Katich said the West Indian in-form all-rounder will be fit for the next game.

Comments
Topics mentioned in this article
Kolkata Knight Riders Nitish Rana Jacques Kallis Cricket
Get the latest Cricket news, check out the India cricket schedule, Cricket live score . Like us on Facebook or follow us on Twitter for more sports updates. You can also download the NDTV Cricket app for Android or iOS.