Inzamam-ul-Haq believes that the sudden retirement of pacer Mohammad Amir will impact the Pakistan side and added that it is "unfortunate" to see a player hanging his boots due to the issues with the country's cricket board. 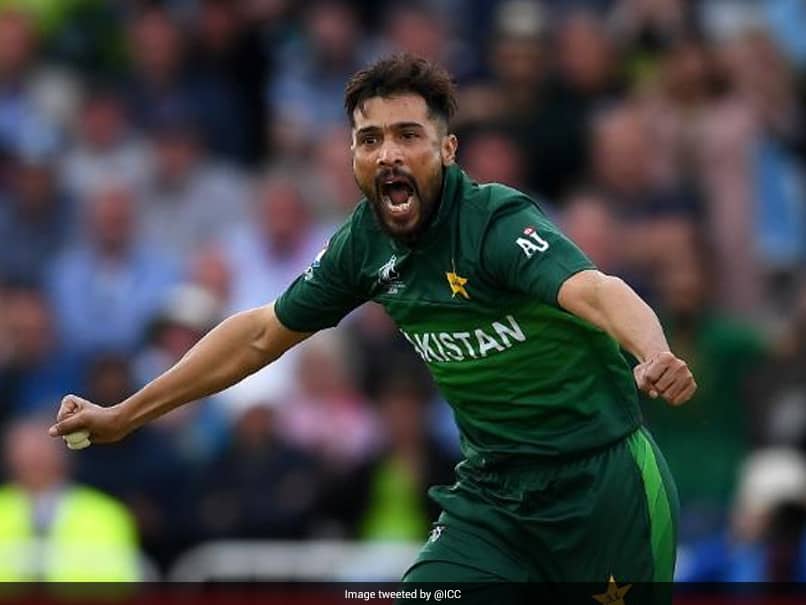 Mohmmad Amir announced his retirement from all forms of cricket in December 2020.© Twitter

Former Pakistan captain Inzamam-ul-Haq believes that the sudden retirement of pacer Mohammad Amir will impact the side and added that it is "unfortunate" to see a player hanging his boots due to the issues with the country's cricket board. Amir announced his retirement from international cricket on December 17 citing not being able to handle the mental torture he has been subjected to by the current Pakistan Cricket Board (PCB) management and some former Pakistan players.

"Amir is a good player and his absence will affect the side. But we have other bowlers as well, who are doing well. Such incidents should not take place in Pakistan cricket and this is more important for me as compared to how it affects our bowling strength. A player should not leave cricket in such a manner, after having served Pakistan cricket, as it doesn't look good," Cricket Pakistan quoted Inzamam as saying.

According to the veteran batsman, both the parties should have spoken about the issues and tried to solve them before taking such a hard decision.

"If Amir had any issues with Waqar (Younis), he should have talked with Misbah (ul Haq) and if that didn't work he should have approached the PCB. If the issue remained after this, then he had the right to take such a decision. It's unfortunate to see a player retire just because he was unhappy with one person," he added.

Amir had clarified that his decision to retire was not based on him being dropped for the New Zealand series, rather it was based on how some members of the PCB management kept on going about his decision to not play Test cricket.

"The issue started when I announced my retirement from Test cricket. All was fine after the 2019 World Cup, then-coach Mickey Arthur was fine with it and he understood the decision. However, some members in the PCB management once they took charge selected me for white-ball leg, and we even went to Australia, but when Pakistan lost the Test series there, the head coach and bowling coach started giving statements against me not playing Tests, some PCB management members said that Amir ditched us, they said I left Test cricket for T20 leagues. I was handling it for one year," Amir had said on his official YouTube channel.

The speedster played 36 Tests, 61 ODIs, and 50 T20Is. Amir went on to take 259 wickets across three formats of the game. Amir had played his first international match during the 2009 T20 World Cup.

Last year, Amir had announced his retirement from Test cricket in order to focus on white-ball cricket. He called time on his career after playing just 36 Tests, in which he scalped 119 wickets.

In November this year, Amir was dropped from Pakistan's T20 squad for the three-match series against New Zealand.

He was last seen in action in the Lanka Premier League and he represented Galle Gladiators.

Misbah-ul-Haq Inzamam-ul-Haq Cricket Pakistan Cricket Board
Get the latest updates on India vs England Series, India vs England , live score and IPL 2021 Auction . Like us on Facebook or follow us on Twitter for more sports updates. You can also download the NDTV Cricket app for Android or iOS.