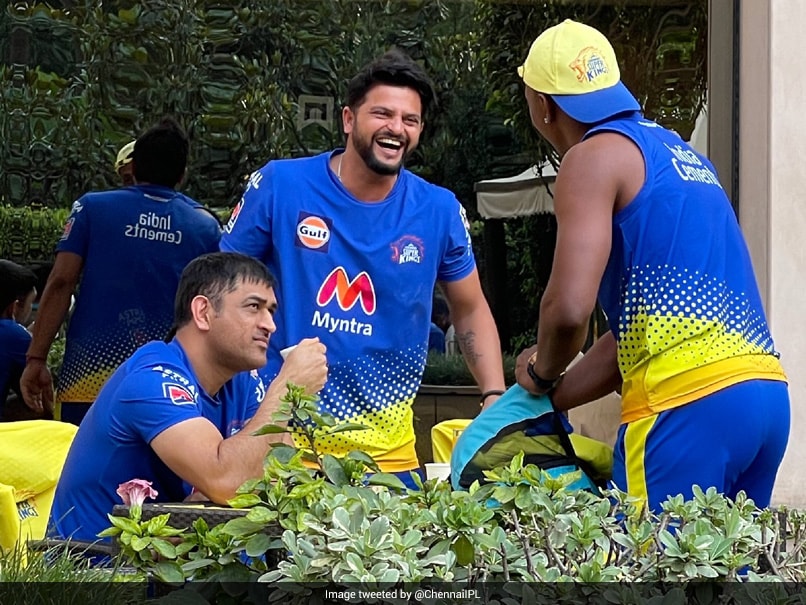 Suresh Raina was clicked having a laugh with MS Dhoni and Dwayne Bravo.© Twitter

Chennai Super Kings(CSK) on the occasion of International Tea Day took to Twitter to share a picture of their captain MS Dhoni, Suresh Raina and West Indies' star all-rounder Dwayne Bravo on Friday. In the picture, former India captain Dhoni can be seen with a cup in his hand while Suresh Raina is having a laugh. "This Tea mmmmm #InternationalTeaDay #Whistlepodu #Yellove," the image was captioned along with multiple emojis. Soon after the image was posted, fans flooded Twitter with heartwarming messages for the CSK trio.

"Thala And Chinna Thala smiles every where," a user said.

Thala And Chinna Thala smiles every where

"Missing the yellow heart badly," another one joined in.

"Miss u guys in ipl," a user tweeted.

Miss u guys in ipl

CSK were second on the Indian Premier League (IPL) 2021 points table when the T20 tournament was postponed indefinitely by the Board of Control for Cricket in India (BCCI) and IPL Governing Council.

The decision was name after several players and support staff tested positive for coronavirus inside the IPL bio-secure bubble.

After being closely monitored by the CSK and BCCI medical staff, both Balaji and Hussey recovered from the virus.

The BCCI is yet to announce where the remaining matches of the 14th edition of the IPL will be played but Sourav Ganguly, BCCI President, made it clear that India will not host the rest of the T20 league due to "organisational hazards."

Chennai Super Kings Cricket IPL 2021
Get the latest updates on T20 World Cup, check out the T20 World Cup Schedule and Live Score . Like us on Facebook or follow us on Twitter for more sports updates. You can also download the NDTV Cricket app for Android or iOS.