"We Will Be Back": Chennai Super Kings Share Memorable IPL 2021 Recap Video

IPL 2021: The MS Dhoni-led side posted a video with all the memorable moments from this season. 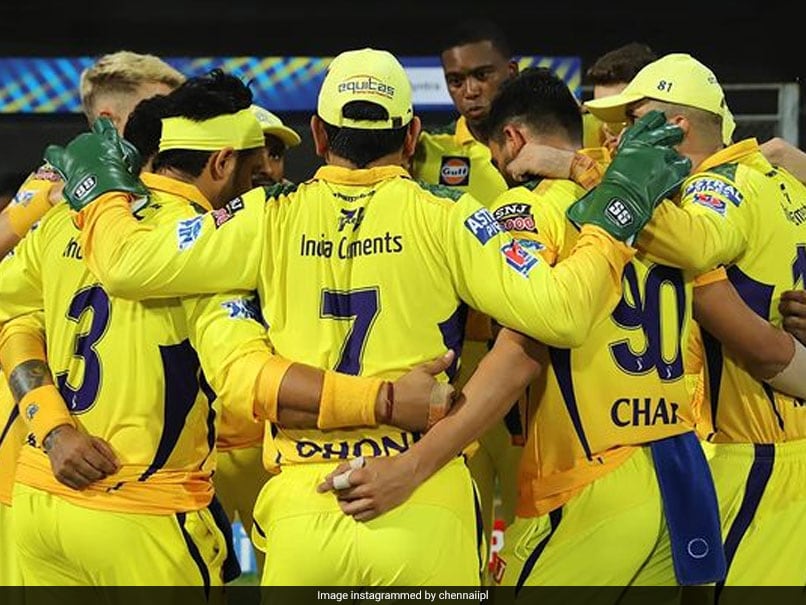 CSK took their fans down memory lane with a video of some of the memorable moments from IPL 2021.© Instagram

Last week, the Board of Control for Cricket in India (BCCI) postponed the Indian Premier League (IPL) 2021 season after seveal players and support staff of some of the teams tested positive for COVID-19. The announcement came after Sunrisers Hyderabad's Wriddhiman Saha and Delhi Capitals' Amit Mishra tested positive for coronavirus. Two cricketers from the Kolkata Knight Riders' (KKR) camp, too, had tested positive. Then, Chennai Super Kings (CSK) also informed that their bowling coach L Balaji was positive. On Tuesday, CSK, the three-time IPL champions, took their fans down memory lane with a video of some of the memorable moments from IPL 2021.

“A re-ride of the #Summerof2021! Thirumbi Varuvom,” CSK captioned the video, and also promised fans that they would be back "to finish what they had started".

Chennai's post soon became the talk of the town as fans showed their appreciation in the comments section.

"Thanks For the memories this season, thala @msdhoni," wrote a CSK fan.

“Refreshed my memories,” commented another fan.

Two fans also shared the screenshot of the last frame of the video where CSK promise to “finish what they had started”, and wrote, “We are waiting for it,” and “Thanks for the hope guys.”

We are waiting for it pic.twitter.com/grRmc6Dagu

After saw this very HAPPY Thanks for the hope guys pic.twitter.com/y51L0RIkdq

When the event was suspended, Chennai Super Kings were placed at the second spot in the IPL table with 10 points in their kitty. After a horrendous run in IPL 2020, when CSK failed to qualify for the play-offs for the first time since the inception of the cash-rich league, the MS Dhoni-led outfit was having a dream run this season.

CSK had played seven games this season and won five. Chennai were beaten only twice – at the hands of the defending champion Mumbai Indians (MI) and Rishabh Pant-led Delhi Capitals (DC) – this season.

MS Dhoni IPL 2021 Cricket
Get the latest updates on ICC Women's Cricket World Cup 2022 and IPL 2022, check out the Schedule , Live Score and IPL Points Table. Like us on Facebook or follow us on Twitter for more sports updates. You can also download the NDTV Cricket app for Android or iOS.