Tim May, the chief executive of the Federation of International Cricketers' Associations (FICA), has been a thorn in the side of several national governing bodies over issues of late payments to players. 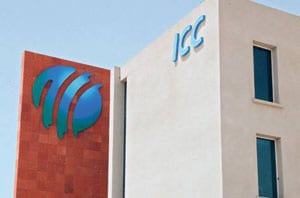 International Cricket Council (ICC) chiefs have been challenged to look again at the voting procedures that saw former Australia off-spinner Tim May lose his place on the global governing body's cricket committee.

May, the chief executive of the Federation of International Cricketers' Associations (FICA), has been a thorn in the side of several national governing bodies over issues of late payments to players.

But in a recent vote he lost out to former India spinner Laxman Sivaramarakrishnan, now employed by the Board of Control for Cricket in India (BCCI) -- the sport's wealthiest and most influential national governing body -- as a television commentator.

There are two positions on the committee -- largely but not exclusively comprised of former internationals -- for "current player representatives", voted on by the 10 Test captains.

The other of those two posts is held by former Sri Lanka captain Kumar Sangakkara, still an active international player, who was widely expected to retain his place.

However, FICA - which, has no Indian affiliate as there is no Indian players' union -- has claimed what was in effect a ballot between May and Sivamarakrishnan was not conducted fairly, with some national boards exerting undue pressure on their captains to back the Indian.

In a statement, FICA's international legal advisor Ian Smith said: "In light of media reports that five ICC full member boards applied direct pressure on their captains to amend their votes in the recent elections, FICA's official stance is that these allegations must warrant careful and independent scrutiny; especially because we understand ICC specifically instructed the boards not to interfere in the voting process.

"It is further apparent from statements made by unnamed ICC board sources overnight that they are trying to position the involved boards' actions as 'lobbying', but there should be a very clear distinction made between a candidate lobbying for a vote and an employer threatening an employee to change their vote."

Such is the dependence of the rest of world cricket for its finances on the vast commercial and broadcast sums generated in India, where the game is followed avidly by the world's second most populous nation, the BCCI is routinely accused of misusing its influence.

But there are those who argue it is naive to expect India to produce so much of the game's cash and not have equivalent influence in cricket's corridors of power.

Comments
Topics mentioned in this article
Cricket Andrew Symonds Pune Warriors India Laxman Sivaramakrishnan Timothy Brian Alexander May
Get the latest updates on ICC T20 Worldcup 2022 and CWG 2022 check out the Schedule, Live Score and Medals Tally. Like us on Facebook or follow us on Twitter for more sports updates. You can also download the NDTV Cricket app for Android or iOS.