The International Cricket Council World Cup Trophy arrived in Colombo on Friday on a three-day tour. It will arrive in India on July 19 and then land in Melbourne on November 6 in time for 100 days' celebrations. 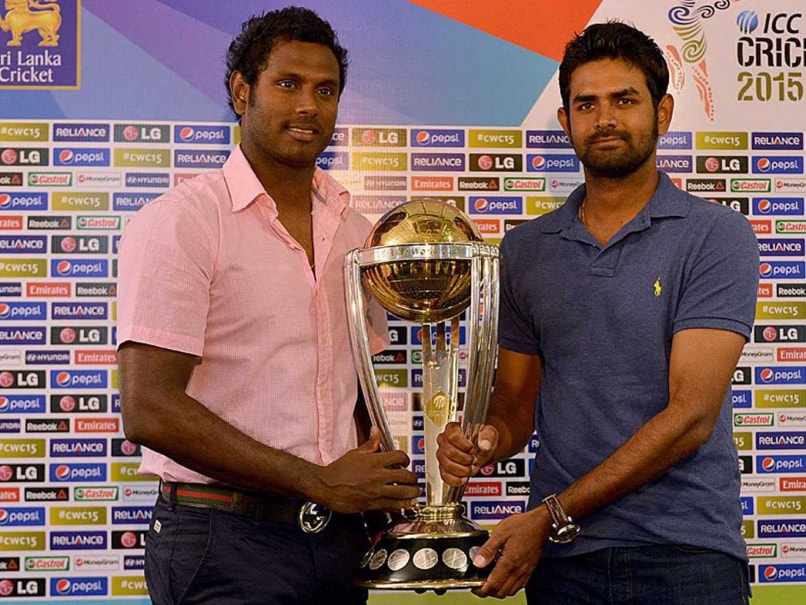 The ICC Cricket World Cup trophy is visiting countries that will participate in next year's extravaganza to be staged in Australia and New Zealand from February 14 to March 29, the International Cricket Council (ICC) announced on Thursday. The Cup arrived in Colombo on Friday. The Sri Lankans won cricket's ultimate prize in Lahore when India, Pakistan and Sri Lanka jointly hosted the tournament in 1996.

During its stay, the trophy will feature at a number of events and will also be on display during the first One-Day International between Sri Lanka and South Africa at the R. Premadasa Stadium in Colombo on July 6. Sri Lanka will feature in the opening match of the ICC World Cup 2015 when they will go head to head with co-host New Zealand in Christchurch.

The trophy will return to Dubai on July 7, before embarking on a five-day tour of India on July 19. India are the reigning world champion and will play 1992 winner Pakistan in their opening match in Adelaide on February 15.

Also this month, the trophy will visit Bangladesh on July 25 and 26. Bangladesh's first match is against qualifier Afghanistan at Manuka Oval, Canberra, on February 18.

After visiting 12 countries over four months, the trophy will arrive in Melbourne on November 6 in time for the 100 days to go celebrations.