Australia's interim coach Andrew McDonald advocated the importance of the IPL, saying the upcoming edition will be a nice build up for his team as it defends its T20 World Cup title on home soil later this year. 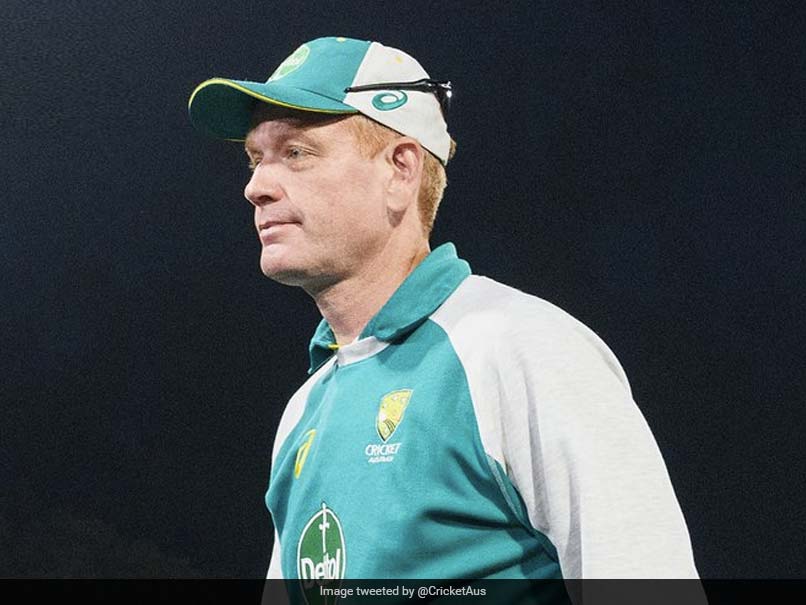 Andrew McDonald advocated the importance of the IPL 2022.© Twitter

Australia's interim coach Andrew McDonald on Wednesday advocated the importance of the IPL, saying the upcoming edition of the lucrative league will be a nice build up for his team as it defends its T20 World Cup title on home soil later this year. "Oh, no doubt. I think the quality of the IPL can can coexist with our preparation for our plans for T20 World Cup, and there was no greater example than Josh Hazlewood. Going to the IPL before the World Cup, getting a nice build in getting a nice lead-in," McDonald said during a virtual press conference just days ahead of Australia's departure to Pakistan.

Australia is set to embark on a historic tour of Pakistan after 24 years where they will play a full series, involving three Tests beginning March 4 in Rawalpindi, followed by three ODIs and a one-off T20 International.

Interestingly, McDonald's statement came a day after it was reported that Australia's star players, including David Warner, Josh Hazelwood and Pat Cummins, will miss the start of the IPL despite skipping the limited overs series against Pakistan, which is set to coincide with the lucrative T20 league.

Warner, Hazelwood and Cummins are part of the Test squad for the series in Pakistan, starting March 4-25, but will be skipping the limited overs assignment, beginning March 29.

The dates of the upcoming IPL are yet to be announced but is expected to begin in the last week of March.

According to McDonald, the advent of IPL has accelerated cricket and has taken the game to an altogether different level. '...so yeah, there's great benefits to be had, but playing at that level, being exposed, those conditions and the conversations that happen within the IPL franchises, you know, all the countries converging on one.

"I've said this before that, you know, 2008 was almost the moment where the game accelerated and it was played differently.

"I think that was really through the coming together of ideas, nations mixing with each other, players mixing coaches mixing. And it took the game forward. We're seeing an exciting product ever since.

"So,we're excited by our guys playing there. We want more, more players playing and if we can to get that exposure," McDonald, who was associated with IPL teams, Royal Challengers Bangalore and Rajasthan Royals in coaching capacities in the past, added.

The ICC men's World T20 is set to be hosted by Australia from October 16 to November 13 this year.

Australia Cricket Team Andrew McDonald IPL 2022 Cricket
Get the latest updates on ICC T20 Worldcup 2022, check out the Schedule and Live Score. Like us on Facebook or follow us on Twitter for more sports updates. You can also download the NDTV Cricket app for Android or iOS.