The first T20I between India and the West Indies has been shifted from Mumbai to Hyderabad. 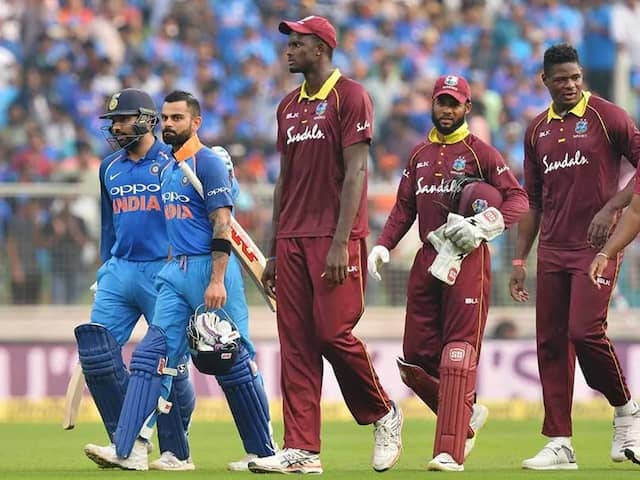 India will host the West Indies for a three-match T20I series.© AFP

The 1st Twenty20 International (T20I) between India and the West Indies, which was scheduled to be played in Mumbai on December 6, 2019 has now been shifted to Hyderabad. The Rajiv Gandhi International Stadium will now play host to the T20I series opener between the two teams. The Wankhede Stadium in Mumbai will host the 3rd and final T20I on December 11.

India announced the squad for the home series against the West Indies on November 21 which saw Virat Kohli returning to India's T20I side after skipping the series against Bangladesh.

The leg-spin duo of Yuzvendra Chahal and Kuldeep Yadav also feature in both the squads. While Chahal was part of the last T20I series that India played against Bangladesh, china-man Kuldeep Yadav will be making a comeback into the limited-overs side.

Earlier on Wednesday, Sanju Samson was drafted into India's squad for the three-match T20I series against the West Indies as a replacement for the injured Shikhar Dhawan.

Dhawan suffered a deep cut on his left knee during a Syed Mushtaq Ali Trophy game against Maharashtra, BCCI said.

The BCCI Medical Team assessed him on Tuesday and suggested that he needs some more time for his stitches to come off and his wound to heal completely.