Rohit Sharma joined an elite list of captains who won their first four T20Is in charge of their respective teams. 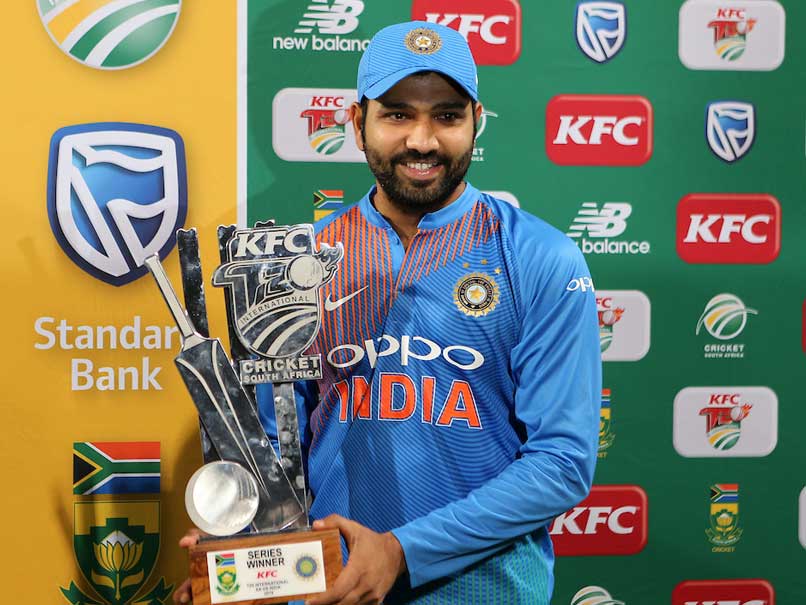 No Virat Kohli, no problem was the message sent after India beat South Africa by seven runs in the third and final Twenty20 International to clinch the three-match T20I series 2-1. Kohli missed out due to a stiff back, and in his absence Rohit Sharma took over the captaincy in the crucial match. Despite a lacklustre performance with the bat in the T20I series, Rohit marshalled his troops well during South Africa's innings as India managed to keep the Proteas batsmen under a tight leash in the chase. As India ran out comfortable winners in Newlands, Rohit joined an elite list of captains who won the first four T20Is in charge of their respective teams.

Pakistan's Misbah-ul-Haq, Shahid Afridi, Sarfraz Ahmed and Sri Lanka's Kumar Sangakkara, Lasith Malinga won their first four T20I matches on the trot as captains of their respective teams and now Rohit has become the sixth captain to do so.

There were some nervy moments for Rohit towards the end of the third T20I as Christiaan Jonker played a brilliant cameo at the end to keep South Africa in the hunt after the Proteas failed to keep up with the asking rate throughout the innings.

However, Rohit had Bhuvneshwar Kumar to thank as the Indian pacer kept his nerve, giving away only 11 off the last over when South Africa needed 19 runs to win.

South African skipper JP Duminy played a lone hand of 55 before getting dismissed that many thought was the final nail in the coffin for the Proteas before Jonker took matters in his own hands and gave South Africa a glimmer of hope in the later stages of the match.

Rohit took charge of the Indian T20I team for the first time against Sri Lanka in December 2017. India whitewashed Sri Lanka 3-0 in the T20I series as Rohit started his captaincy with a bang.

Regular skipper Virat Kohli was rested from the limited overs series against Sri Lanka and Rohit proved to be a more than able backup.

Comments
Topics mentioned in this article
India Cricket Team South Africa Cricket Team Rohit Sharma South Africa vs India 2018 Cricket
Get the latest updates on IPL Auction 2023 and check out  IPL 2023 and Live Cricket Score. Like us on Facebook or follow us on Twitter for more sports updates. You can also download the NDTV Cricket app for Android or iOS.