India vs New Zealand: Being Under-Prepared Can Work In Our Favour During WTC Final, Feels R Sridhar

India vs New Zealand, World Test Championship: R Sridhar said lack of preparation is at times akin to playing with an injury, which sometimes makes the player more aware. 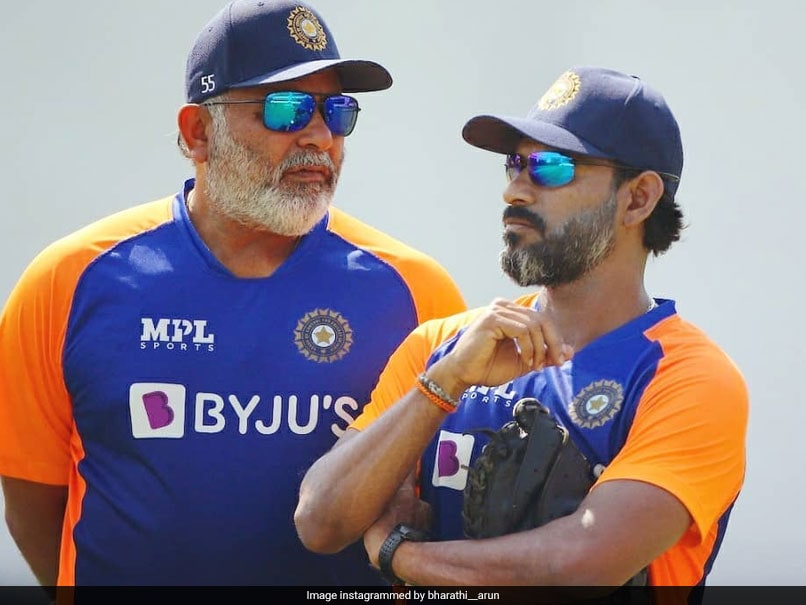 India vs New Zealand: R Sridhar, Bharat Arun will be hoping to help their side to a win.© Instagram

Quarantine restrictions might hamper the Indian cricket team's preparations for the World Test Championship final in England but bowling coach Bharat Arun and fielding coach R Sridhar feel that the players' abundant experience will be enough to counter that challenge. India are expected to depart for the UK in the first week of June following a week of hard quarantine. It is not yet known if Virat Kohli and Co. will be allowed to train ahead of the marquee clash against New Zealand during their quarantine in Southampton. The match starts on June 18. The team is also scheduled to play five Tests against England after that in August.

"I don't think we have a choice," Sridhar told PTI when asked how much time the team will need to be ready for the big game.

"We would like to make the most of what we get because it all depends on how many days of hard or soft quarantine we are going to have, when we are going to land and if at all getting a practice game so I don't think we have a choice," he added.

Given the challenges posed by the COVID-19 pandemic, strict bubble life including quarantine upon arrival has made scheduling more taxing on the players. Sridhar said going to the UK with a "slight under-prepared mindset" can also bring the best out of players.

"It's time to be mentally smart, we have a very experienced team going into going to the final. Each guy is capable of adapting to the situation. They have played against New Zealand and played in England.

"So, I think that experience will count and we will have to come to the fore, because we really can't plan as to how many sessions we want because we only have to take what is given to us," he said.

He said lack of preparation is at times akin to playing with an injury, which sometimes makes the player more aware.

"...sometimes it can work in our favour as well, because that way you're mentally more ready. It's like playing with an injury sometimes when you're injured, you tend to concentrate a little better.

"Sometimes when you're a little under-prepared, you tend to focus more and maybe that will bring the best out of us as well, so that that is the kind of mindset we are going in with," said Sridhar.

With most of the country in lockdown due to the rise in COVID-19 cases, bowling coach Arun said the players have been assigned specific tasks while they are at home.

"They have been given specific roles as to what they need to do. But yes, you are restricted because they cannot go out, once we regroup, then we'll have to see how best we can plan," said the bowling coach.

Arun conceded that New Zealand playing two Tests against England before the WTC final is a definite advantage for the Blackcaps.

"See, it is definitely an advantage for them...getting used to English conditions and things like that. but then we'll have to recall (our past experience) in England...," he said.

"...you know, bring about the experience of the players and the support staff, to make our plans, the scheduling is such that this is what it is. You have to work around that," he said.

India planned meticulously for the Australia tour earlier this year on which they recorded one of their best ever Test triumphs. They laid out the now famous "leg-side" trap for top stars like Steve Smith and Marnus Labuschagne. For the WTC final and five Tests against England, Arun said they will plan based on what they see in two Tests before the WTC final.

"England is playing New Zealand before us. So that will give us a good insight into how the New Zealanders are playing in English conditions, and also how the English men are playing right now.

"The present form is extremely important for us to plan and the quarantine period in England would give us enough time to take into consideration all the factors and make plans accordingly," he said.

New Zealand Cricket Team Cricket
Get the latest updates on India vs South Africa and check out  Schedule, Results and Live Score. Like us on Facebook or follow us on Twitter for more sports updates. You can also download the NDTV Cricket app for Android or iOS.