Virat Kohli's consistency with the bat is beyond phenomenal, Sunil Gavaskar said in an exclusive chat with NDTV. 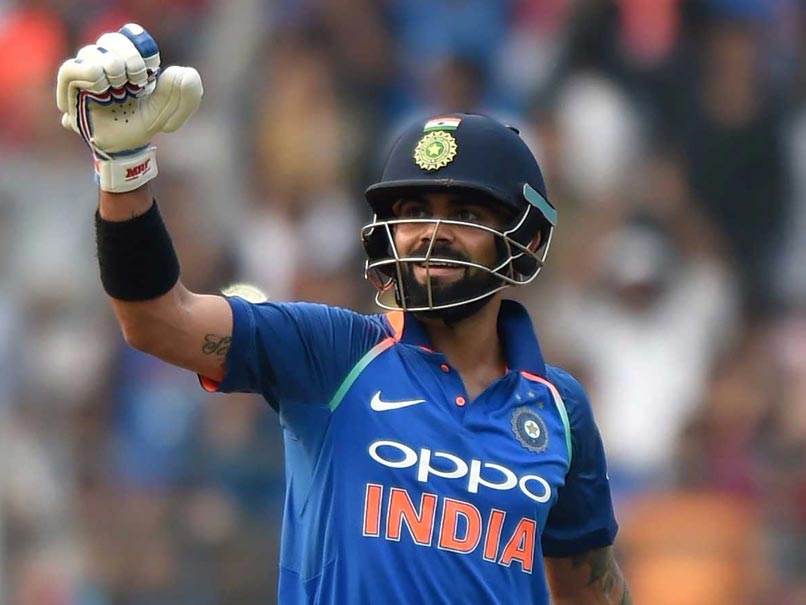 Virat Kohli was at his consistent best against the visiting Kiwis in the recently-concluded India vs New Zealand ODI series. The Indian skipper scored 263 runs in three matches that helped him regain the top spot in the ICC ODI rankings for Batsmen. He logged a career-high rating points of 889, which is the best ever by an India batsman. Kohli smashed his 32nd ODI century in the 3rd ODI against the Kiwis in Kanpur on Sunday. During his innings, Kohli also became the fastest cricketer to score 9,000 ODI runs, reaching the landmark in 194 innings.

Former India captain Sunil Gavaskar, in an exclusive chat with NDTV, was all praise for the Indian captain. Gavaskar said Kohli's ability to learn from his mistakes and avoid them was the biggest reason behind his consistency.

"Key to Virat Kohli's consistency is that he learns from his mistakes and to then avoid those. That is what Virat keeps on doing. There will be some same dismissals because that's what cricket is all about but if you have made a mistake and you try to avoid it. The bowlers will get you out because they will bowl you the odd good ball, that is accepted. But the thing that he learns from errors and avoids them, that is why he is so consistent," he added.

The stylish right-hander became the sixth Indian to reach the 9,000-run mark in ODIs. Kohli tops the charts ahead of AB de Villiers, who achieved the landmark in 205 innings and former India captain Sourav Ganguly (228 innings).

Apart from this, he has the most number of ODI runs in a year by a captain, followed by former Australian captain Ricky Ponting, who scored 1,424 in 2007.

Kohli now also has over 2,000 runs in 2017 across all international formats.

Comments
Topics mentioned in this article
India Cricket Team New Zealand Cricket Team Virat Kohli Sunil Gavaskar India vs New Zealand Cricket
Get the latest updates on SA vs IND 2021-22, check out the Schedule and Live Score . Like us on Facebook or follow us on Twitter for more sports updates. You can also download the NDTV Cricket app for Android or iOS.