India vs New Zealand: Here's How Virat Kohli, MS Dhoni Pass Time On Their Off Days

Ahead of the third ODI, scheduled to be played on Sunday in Kanpur, India cricket team captain Virat Kohli, wicketkeeper batsman Mahendra Singh Dhoni and other members spent their days off trying their hands at different games. 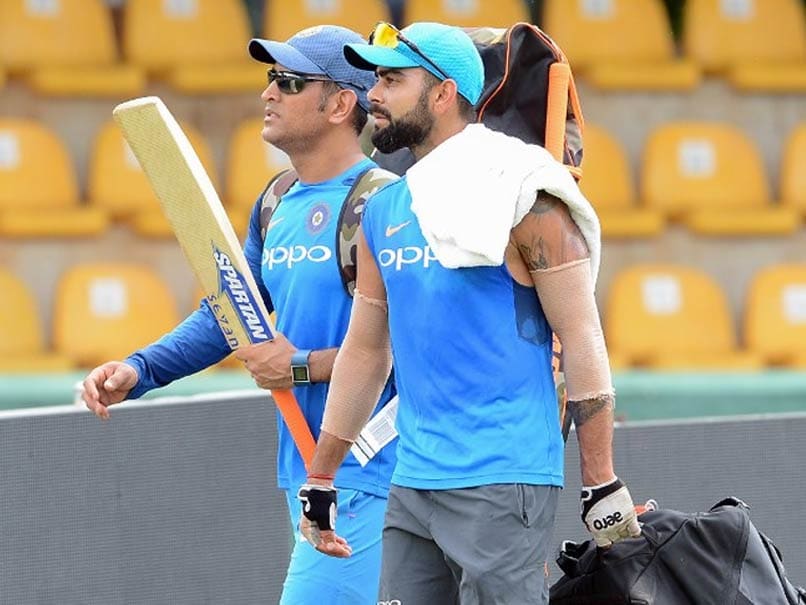 A brilliant batting display helped India beat New Zealand by six wickets in the second One-Day International at the Maharashtra Cricket Association Stadium in Pune on Wednesday. With this result, India drew level at 1-1 in the three match ODI series. Ahead of the third ODI, scheduled to be played on Sunday in Kanpur, India cricket team captain Virat Kohli, wicketkeeper batsman Mahendra Singh Dhoni and other members spent their days off trying their hands at different games.

Can there be a better team activity than playing different games on an off day? #TeamIndia #INDvNZ pic.twitter.com/RtnnUvo50y

Previously, captain Kohli and his men have been seen enjoying some down time after India defeated Sri Lanka in the three-Test series in September.

Earlier in the day, captain Kohli was seen spending time in the gym. India all-rounder Hardik Pandya, Manish Pandey and leg-spinner Yuzvendra Chahal were also seen working out alongside their skipper.

Kohli is one of the most followed cricketers in the world, not just by fans and on social media, but also by his peers and those aspiring to do well in the sport. He wants his team to be the fittest in the world and his own disciplined life and fitness regimen have set examples for other players.

"I will sacrifice whatever is necessary to be the best." #TeamIndia #INDvNZ pic.twitter.com/HZGwdNclGg

With the ODI series locked at 1-1, Team India will eye a series win when they take on Kiwis in the third ODI at Green Park in Kanpur.

Comments
Topics mentioned in this article
India Cricket Team New Zealand Cricket Team Virat Kohli MS Dhoni India vs New Zealand Cricket
Get the latest updates on IPL 2021, IPL Points Table , IPL Schedule 2021 , live score . Like us on Facebook or follow us on Twitter for more sports updates. You can also download the NDTV Cricket app for Android or iOS.