The Indian wicket-keeper came back strongly by notching up his second Test century against Bangladesh after a thigh strain had ruled him out of action in the last three Tests against England. 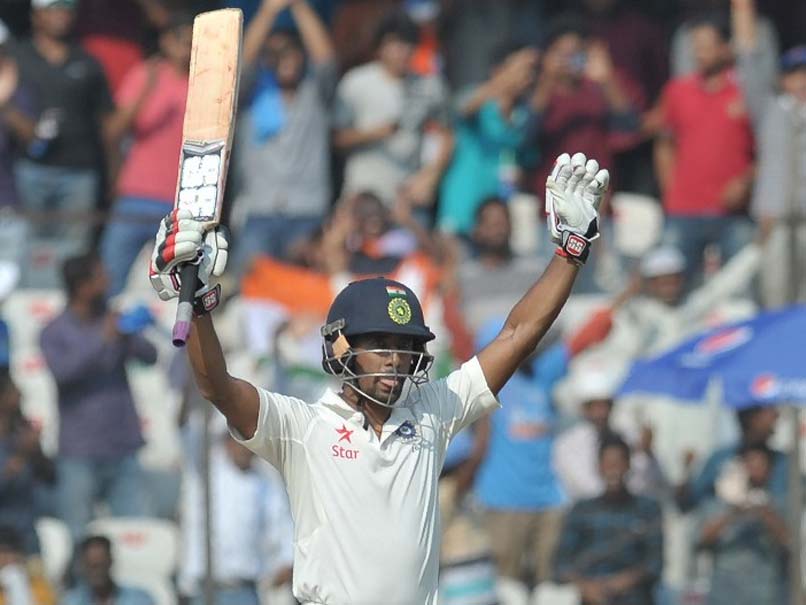 The left thigh strain during the second Test against England in Visakhapatnam had put Wriddhiman Saha out of the remaining three Test matches against England as Parthiv Patel took over the wicket-keeping duties for India. With Patel then leading Gujarat to their maiden Ranji Trophy win over Mumbai with a fine second-innings century, Saha would naturally have been a little worried about his place in the Test side. But he made it back into the side with a fine display in the Irani Cup match.

Playing for Rest of India against Gujarat, Saha scored an unbeaten 203 in the Irani Cup to take his side home.

Although Patel had a good outing in the three Test matches he played, Saha's unbeaten double-century was enough for the selectors to go back to him and the wicket-keeper made full use of the good batting conditions as he brought up his second Test century in the first innings of the one-off Test match against Bangladeshat the Rajiv Gandhi International Stadium, in Hyderabad.

After Murali Vijay and Virat Kohli's exploits with the bat, Saha came in to bat with India already in a very strong position. The 32-year-old got off the mark in style with a beautiful extra-cover drive as Bangladesh kept chasing leather for most part of the day.

Soon after that, the wicket-keeper from Bengal survived a scare as Mushfiqur Rahim failed to take off the bails and a stumping chance went for begging as the bowler, Taijul Islam looked on.

Saha was batting on 4 at that moment. And that possibly was the last opportunity that the visitors got as the right-hander kept troubling the scorers thereafter. He hit seven boundaries and two sixes on his way to a brilliant unbeaten century (106) as India declared their first innings with the score on 687 for 6.

Comments
Topics mentioned in this article
India Cricket Team Bangladesh Cricket Team Wriddhiman Saha Murali Vijay Virat Kohli Cricket
Get the latest updates on ICC T20 Worldcup 2022 and CWG 2022 check out the Schedule, Live Score and Medals Tally. Like us on Facebook or follow us on Twitter for more sports updates. You can also download the NDTV Cricket app for Android or iOS.