Virat Kohli said that they could not ignore Ajinkya Rahane's hard work over the last two years ahead of India vs Bangladesh Test. 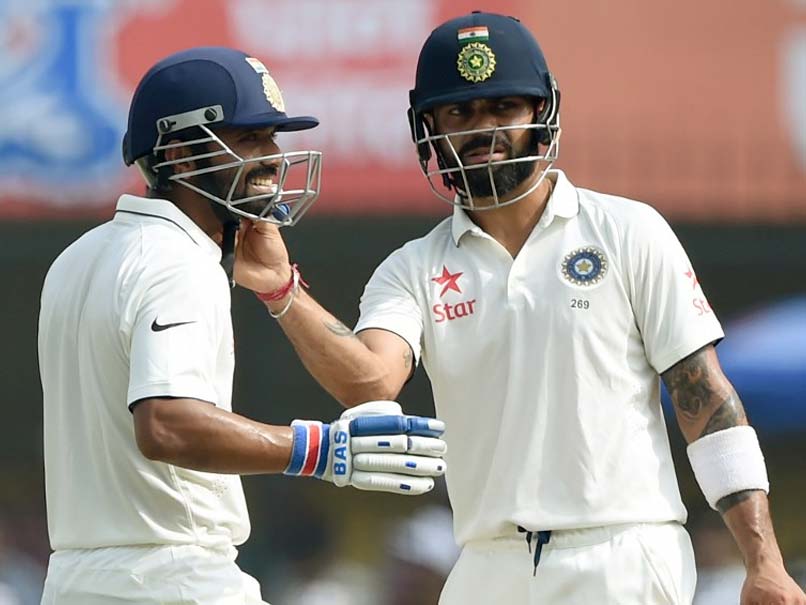 The distinction of being only the second Indian to score a Test triple-century will not be enough for Karun Nair to cement his place in the Indian Test-playing XI, as he will have to pave the way for Ajinkya Rahaneto come back for the one-off Test against Bangladesh starting from Thursday. Indian captainVirat Kohlimade it clear in the pre-match press conference that Rahane, at whose expense Nair was picked to play the final Test against England, is their preferred choice.

While the top four batsmen - KL Rahul, Murali Vijay, Cheteshwar Pujara and the captain himself are automatic selections, the tricky part starts post the number four slot. Rahane was out of the side for the last two Tests after he injured his finger during the third Test in Mohali and missed out on the remaining two matches.

Thereafter, Nair made a name for himself, scoring only the third triple-century for India, the other two having gone to Virender Sehwag.

Asked about the team combination, Kohli said, "Ajinkya Rahane has done enough in 2-3 years to walk into XI when fit. Probably our best batsman in this format."

"We are lucky that we have bench strength. We have a pool of 20-30 players from which we can choose," he added.

Rahane had missed the last two England Tests due to a finger injury and is now fit to take the field. Before injury, he scored 63 runs in the three matches of the series against England with the highest score of 26 and an average of 12.60.

Comments
Topics mentioned in this article
India Cricket Team Bangladesh Cricket Team England Cricket Team Karun Nair Ajinkya Rahane Virat Kohli Lokesh Rahul Cheteshwar Pujara Cricket
Get the latest updates on ICC T20 Worldcup 2022 and CWG 2022 check out the Schedule, Live Score and Medals Tally. Like us on Facebook or follow us on Twitter for more sports updates. You can also download the NDTV Cricket app for Android or iOS.