India vs Bangladesh: Mohammad Saifuddin Ruled Out Of T20I Series Against India

Mohammad Saifuddin has a long history of back injury which forced him to miss several big matches, including Bangladesh's crucial World Cup match against Australia at Nottingham. 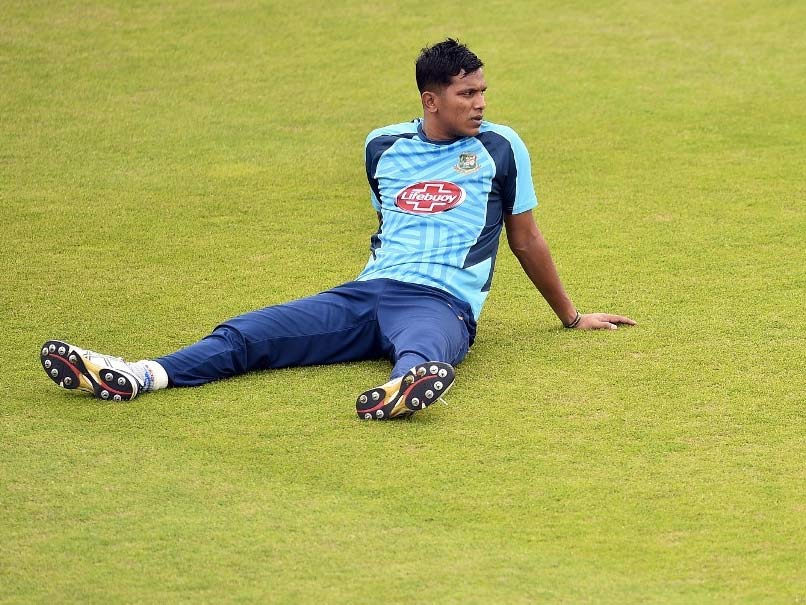 Mohammad Saifuddin has been ruled out of the T20I series against India due to a persistent back injury.© AFP

Bangladesh all-rounder Mohammad Saifuddin has been ruled out of next month's T20I series against India due to a persistent back injury, the Bangladesh Cricket Board said on Thursday. Saifuddin has a long history of back injury which forced him to miss several big matches, including Bangladesh's crucial World Cup match against Australia at Nottingham during the recent World Cup. He also missed the following three-match one-day international series in Sri Lanka before returning for a tri-series T20 tournament against Afghanistan and Zimbabwe in September.

However, the 22-year all-rounder has not played any competitive match since the tournament final on September 24.

Multiple scans have suggested his recovery would take more time, the BCB said.

"Due to a reoccurring back injury Saif(uddin) will be rested from the India tour this year giving him an opportunity to consolidate his recovery over a longer period of time," national team physiotherapist Julian Calefato said in statement.

"He now will also have the opportunity to spend more time strengthening his body and his situation will be reviewed by the medical team again in the upcoming weeks for further updates," he added.

Selector Habibul Bashar said there was no decision on a replacement for the all-rounder.

"If the team management wants, we will send a replacement. Since India is a neighbouring country we can send replacement anytime," Bashar said.

Bangladesh are expected to leave for India on October 30 with the first of three Twenty20 internationals scheduled to be held in Delhi on November 3.

The fate of the series was hanging in the balance after Bangladesh players on Monday called a strike seeking better pay and benefits.

They called off their action late Wednesday as the cricket board accepted most of their demands.

The visitors will also play two Tests in India -- their first ever series in the country involving more than one Test.

Mohammad Saifuddin Cricket
Get the latest updates on ICC T20 Worldcup 2022, check out the Schedule and Live Score. Like us on Facebook or follow us on Twitter for more sports updates. You can also download the NDTV Cricket app for Android or iOS.