India U-19 clinched the Youth ODI series 2-1 after South Africa registered a consolatory win in the third and final match. 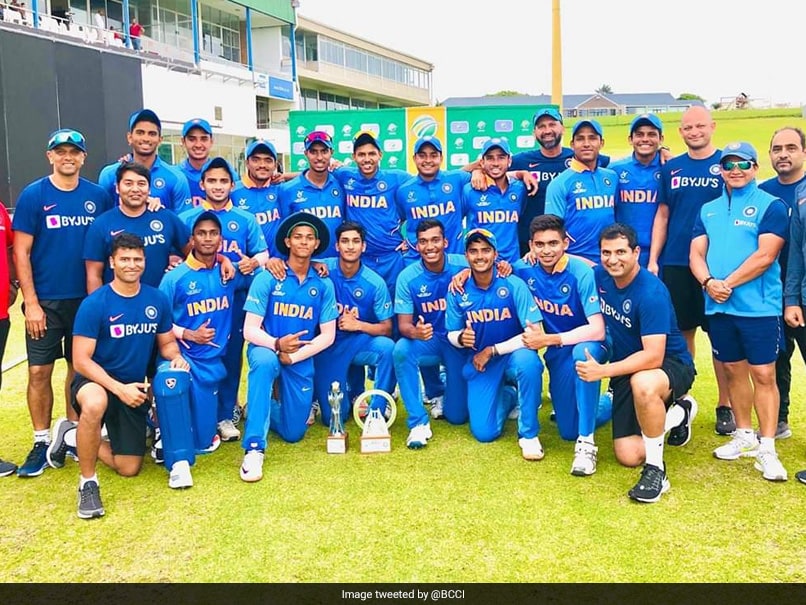 South Africa rode on Jonathan Bird's 121-ball unbeaten 88-run knock to register a five-wicket consolatory win over the India Under-19 team in the third and final Youth ODI at the Buffalo Park. The South Africa U-19 team, who were chasing a 193-run target, crossed the line with 10 balls to spare, thanks to Bird's gritty knock. The hosts lost Bryce Parsons (15) in the ninth over after a first-wicket partnership of 35 runs with Andrew Louw (31). Bird then shared a 49-run partnership for the second wicket before Louw and Levert Manje (0) departed in quick succession.

Bird was then joined by Luke Beaufort (14) as they shared a 48-run partnership to take their side to 130. After the fall of Beaufort, Jack Lees (29) and Bird added 67 runs. Lees, however, became a victim of Yashasvi Jaiswal in the 48th over before Bird successfully guided the South Africa U-19 home with ease.

Earlier after being asked to bat, India lost three wickets for just 42 runs as Achille Cloete struck twice for the hosts. Skipper Priyam Garg (52) and N Tilak Varma (25) then repaired the damage as they added 58 runs together.

However, Garg departed soon after his side touched the three-digit mark before Varma also returned back to the dressing room as the hosts restricted the visitors to 192/8 in the allotted 50 overs.

For South Africa, Pheku Moletsane (2/36) picked up two wickets beside being involved in two run-outs.

Despite the loss, India won the series 2-1 after winning the first two matches of the rubber.

South Africa U19 Cricket
Get the latest updates on IND vs NZ 2021, check out the Schedule and Live Score . Like us on Facebook or follow us on Twitter for more sports updates. You can also download the NDTV Cricket app for Android or iOS.