Anil Kumble believes that this Indian team is not just good enough to win matches at home but also abroad, dominating every series outside of India. 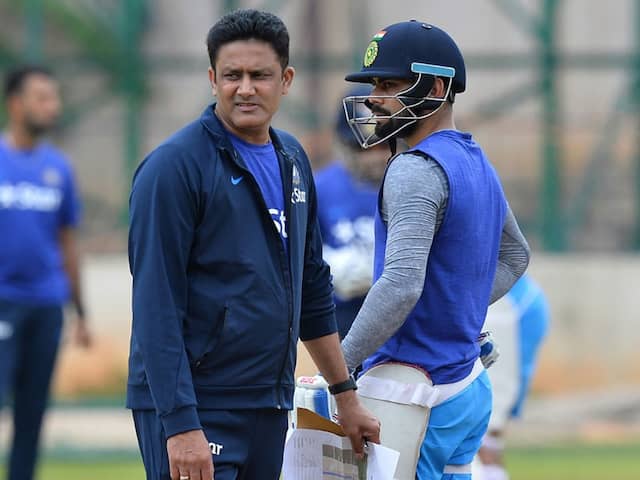 Anil Kumble said Indian team certainly has everything in them to dominate world cricket.© AFP

Anil Kumble, former India captain and coach, believes the Virat Kohli-led team has all the ammunition to dominate the cricket world. At the top of the Test rankings, India also lead the World Test championship with 240 points in their kitty after winning their five Tests in the competition till now. "Yes, I believe so and even three years ago when I was the coach, I did mention that this team certainly has everything in them to dominate world cricket and that is exactly what they have done and it is not just about the playing eleven, it is also the bench strength," Kumble told CricketNext.

"It is also the quality of bench strength that we are discussing here. You have fantastic quality. Whoever comes in certainly performs. Look at (Shahbaz) Nadeem on his debut. He has had a long first-class career, he has played India 'A' on many occasions. He was given the opportunity right at the last minute and he came and performed for the team and that is exactly what you want from your bench strength and when you have the kind of quality players in the squad and people really sitting out and then wanting to make an impact," Kumble said.

"It really augurs well and that's why I believe that this Indian team is not just good enough to win matches at home but also abroad dominating every series outside of India," the former India cricketer added.