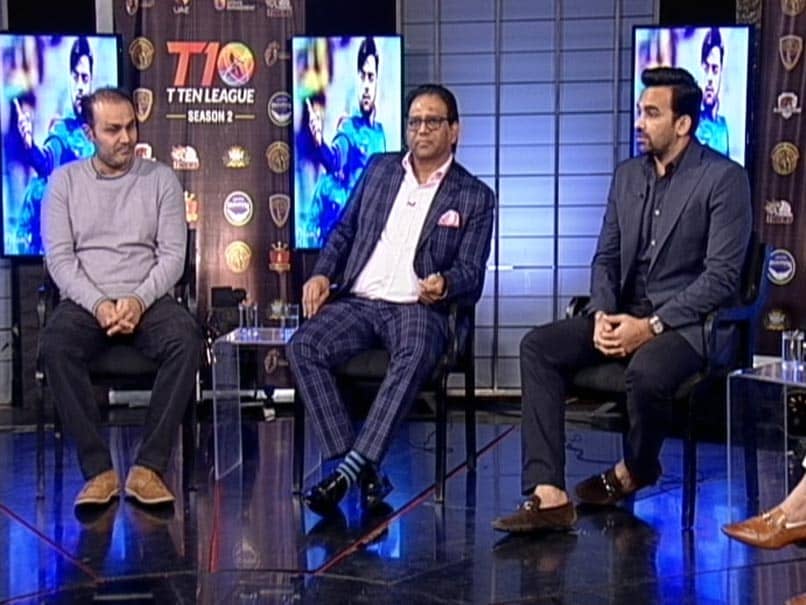 Sehwag thinks that Prithvi Shaw should open the innings for India in Tests.© NDTV

In the last few years, due to the lack of bilateral cricket between India and Pakistan, the India-Australia rivalry has grown leaps and bounds. The 2017 Test series between the two nations was contested aggressively and was in news for many reasons beyond cricket. However, since that eventful series in India, the dynamics of Australian cricket have changed. Virat Kohli is ready to lead his troops for a full series Down Under and it is believed that in the absence of Steve Smith and David Warner, this is India's best chance to win a Test series in Australia. However, former India opener Virender Sehwag is of the view that the hosts are capable of giving a hard time to the visitors even without Smith and Warner. "Doesn't matter if they (Australia) don't have good players like Steve Smith and David Warner. They are playing in their own backyard," Sehwag told NDTV in an exclusive conversation.

"These players who are coming and playing in Test cricket have already played first-class cricket there. They've scored a number of runs. They don't have much experience if you talk about international matches but they will give a good fight to the Indian team."

He also went on to add that Kohli's Team India has the capability to win a Test series anywhere in the world.

"I've been saying this for last one year that they can win Test series in Australia, England and South Africa. They have to play really well. If they match first innings total with Australia and England, they have a chance to beat them."

On the other hand, former India pacer Zaheer Khan believes that India will dominate Australia in the upcoming series.

"Absolutely! If you look at the bowling line up, India have got enough in their arsenal to cause a threat to Australia for sure. Obviously, when you're visiting Australia, there are different challenges, which as a team you have to come together, understand and prepare for the series. You need 20 wickets for sure but the platform needs to e set by the batsmen," Zaheer told NDTV.

Finding the right kind of combinations in the batting line-up early in the series will be a huge task for Ravi Shastri and Virat Kohli if they want to exert pressure on Australia.

Sehwag thinks that Prithvi Shaw should definitely open the innings for India.

"He (Shaw) is going to play in Australia as an opener because in last two Test matches we've seen the way he played. He is a key batsman for me because in Australia you need someone who can play some attacking cricket. If KL Rahul gives him company and they both come good then Australia will have a bad time," Sehwag said.

Former New Zealand skipper Brendon McCullum predicted that Virat Kohli will dominate with the bat and will be the highest run-scorer of the four-match Test series.

"There will be a lot of runs and it would not surprise me if Virat Kohli continues to go from strength to strength and dominate that series as well," McCullum said.

Virender Sehwag, Zaheer Khan and Brendon McCullum will be seen in action in the upcoming T10 league that will be played from November 21 to December 2 in the United Arab Emirates.