The Indian fast bowling battery has been practically unplayable off late and this has impressed former West Indies fast bowler Ian Bishop. 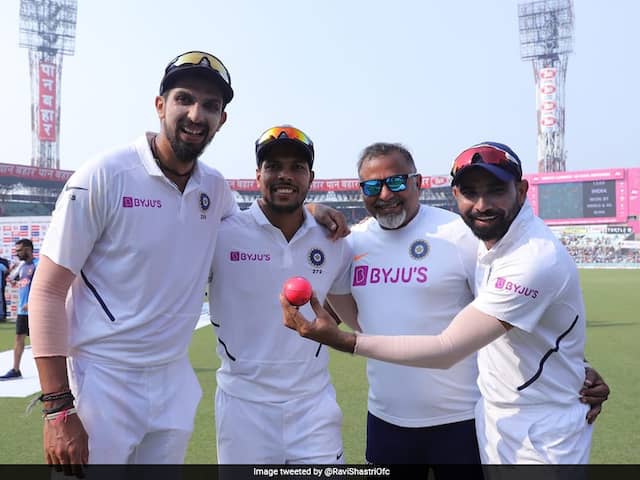 The Indian fast bowlers' rise in the past few years has changed the fortunes of Team India as they have started to look like a formidable force to reckon with not just at home but also overseas. Like many, former West Indies fast bowler Ian Bishop also didn't see this coming. Bishop said he couldn't have predicted that the likes of Mohammed Shami and Ishant Sharma would take their game to completely different level in last couple of years. The cricketer-turned-commentator also said that he never expected Indian fast bowlers to wreak havoc on the West Indies batsmen while playing in Caribbean.

"I couldn't have predicted that. And (Mohammed) Shami has taken his game to another level. Ishant (Sharma) has also gone up another level, which I didn't foresee," Bishop was quoted as saying by espncricinfo.com.

"I couldn't have predicted that India's fast bowlers would come to the Caribbean, for example, and do to us what we did to them so many decades ago! So, credit to Bharat Arun, the bowling coach, and the administrators and captains," he added.

"I couldn't see this much (improvement), but I thought there was a great deal of promise in having guys who could bowl close to, or over, 90mph," Bishop further added.

However, Bishop, who in 2017 had rated the Indian fast bowling unit as the best he has ever seen, feels that the foundation was laid by Kapil Dev and his successors, including the likes of Javagal Srinath and Zaheer Khan.

"Let's remember that this group of bowlers did not emanate right now. The foundation was laid - if you go back to Kapil (Dev) and down the line, Javagal Srinath, Zaheer Khan, Munaf Patel, Sreesanth. And now it's been built on with a captain who likes fast bowlers, who believes in them," said the 52-year-old former fast bowler.

Jasprit Bumrah has left his mark across formats ever since he made his debut. Calling Bumrah a "generational talent", Bishop said India's fast bowling has benefited a great deal from him as he is lethal in all formats of the game.

"But also, the fact that you've found a generational talent in Jasprit Bumrah. Generational because he plays all formats of the game very well," Bishop explained.

Asked whether it's right to compare India's current fast bowlers to world's greatest fast bowlers of the past, Bishop said comparisons are quite natural as currently they are operating at such a high level.

However, he said that he doesn't know how to compare them to the West Indian greats like Michael Holding, Joel Garner, Malcolm Marshall, Colin Croft and Andy Roberts as they "bowled together for so many years" whereas the Indian bowlers have just started to dominate in last couple of years or so.

"Well, they have been performing that well that the comparisons are going to come. I would want to stay away from it, because I don't know how you measure it," Bishop said.

"When people talk about Holding and Garner and Marshall and Croft and Roberts - who bowled together for so many years - how do you compare with that?," he explained.

Indian fast bowlers will be next seen in action taking on the West Indies in a limited-overs series, comprising three Twenty20 Internationals and as many one-day international games.

The series starts with three T20Is followed by as many ODIs. The first T20I will be played at Rajiv Gandhi International Stadium, Hyderabad on December 6.

Bhuvneshwar Kumar Cricket Ian Raphael Bishop
Get the latest Cricket news, check out the India cricket schedule, Cricket live score . Like us on Facebook or follow us on Twitter for more sports updates. You can also download the NDTV Cricket app for Android or iOS.